Chicago Cubs Lineup: Albert Almora Jr. in Center Field for the Rubber Match in Detroit (UPDATE: Heyward is Sitting Out) Skip to content 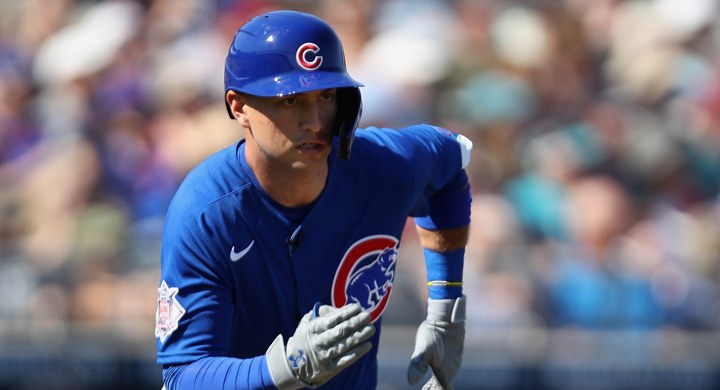 With a win tonight, the Cubs can claim the series against the Tigers. But to do so, they’ll need Jon Lester to be a lot better than he was his last time out and they’ll need the bats to wake up big time. Here’s how David Ross is lining up his team for the finale in Detroit.

UPDATE: Jason Heyward is a “healthy scratch,” tonight, which given what’s going on in Wisconsin (and throughout the NBA/country), we can surmise he is sitting out. Heyward has nothing but my love, respect, and support. Here is the new Cubs lineup in his absence.

According to the Cubs, Heyward and Ross spoke about it and Heyward decided not to play. https://t.co/soL0ZvfVPO

David Ross got Victor Caratini out of the lineup today, by shifting Ian Happ from center field to left field, Kyle Schwarber from left field to DH, and Albert Almora Jr. from the bench to center field. With the largely split-neutral Michael Fulmer on the mound, tonight was as good a night as any to get Almora a start against a righty (which he will still need from time to time, of course).

I probably would’ve preferred getting Nico Hoerner a start against the split-neutral righty, by putting Jason Kipnis at DH, Schwarber in left field, and keeping Happ in center, but it’s a balancing act and we’re talking about arguably the two weakest v. RHP bats on the roster. It’s not worth splitting hairs, especially when Hoerner and Almora both provide above average defense at their respective positions.

The Cubs can’t afford to rely on either of those two to get their offense going, anyway. That’s the job of the guys up top.