The postseason bubble for MLB has been a rumor for a while, and is very likely coming, per the latest report.

Ken Rosenthal says it’s not finalized, but these are more details than we’ve seen before:

Three stadiums available in southern California, Arlington and Houston in Texas. Again: Nothing close to final. Other regions not out of question. But this is a plan being discussed. https://t.co/fp6S24S5Op

Ultimately, given what we’ve seen with the Cardinals and Marlins – and the time the Reds and Mets had to shut down for even a single positive – a neutral-site bubble is probably the only way to go. You can absorb shut-downs during the regular season. I don’t really know how you would deal with it in the postseason.

For the teams that WOULD have gotten home-field advantage, however, this approach will be a bummer. Those teams, at least in the first round, were going to get all three games at home. Losing that makes it a lot less compelling to try to improve your “seed.”

Anyway. It sure is going to be weird watching the Cubs celebrate the World Series at the new Rangers ballpark: 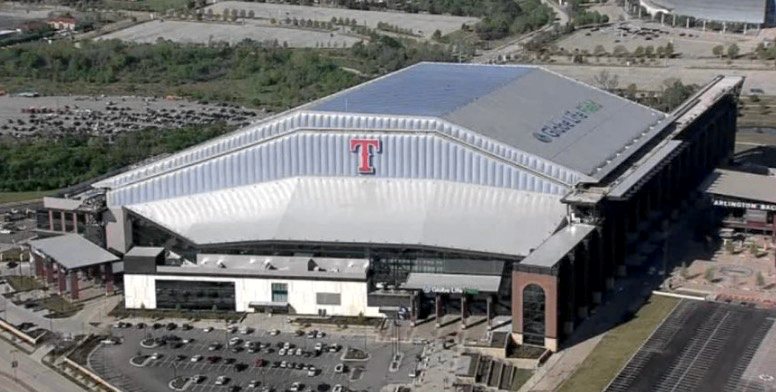