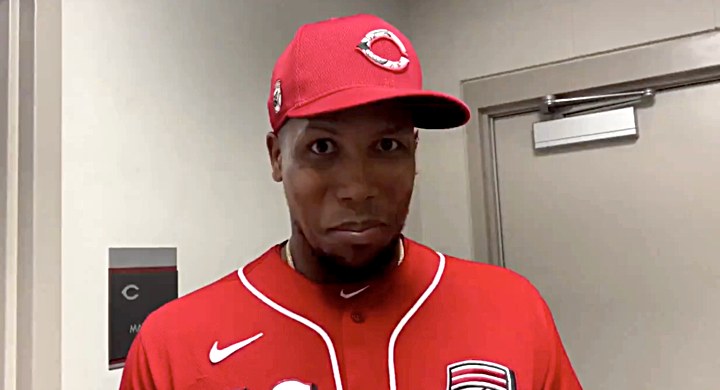 The Chicago Cubs ultimately did not re-sign veteran reliever Pedro Strop this offseason, a decision that was understandable for a lot of practical reasons, but one that was still a sad ending to his time with the Cubs. Especially given how good he was for so long, and how much he struggled in 2019.

Strop wound up signing a one-year deal with the Reds, and that, too, did not go well, as Strop pitched poorly in limited duty before hitting the IL with a groin injury. Before he could return, the Reds just announced that they’ve designated Strop for assignment. They will now have seven days to trade, waive, or release Strop. Given the injury issue and the finances, a trade is highly unlikely. A release is much more likely.

I’m not saying Strop could come in and totally turn things around, physically or mechanically or whatever. It’s a bit of a fanciful dream that he fits into the bullpen right now at the big league level and improves the team’s overall performance. Things went sideways for him last year, and he was ultimately not retained for performance reasons, not because the Cubs wouldn’t otherwise LOVE to have the guy around. Now 35 and coming off another injury, it’s such a small chance that Strop becomes a significant contributor for a big league team in the little time left this year.

But, man, it’s really hard to just stay entirely rational here knowing how much Strop meant to the team. I don’t know if he’d join the Cubs and go to the alternate training site at this point (or if it would really matter if he did). But I hope the Cubs make a phone call if he ultimately becomes a free agent. That costs nothing. And you never know, right? Let him rehab a bit more in South Bend (where the Cubs have taken flyers on Cody Allen and Kelvin Herrera), and see what’s what.

UPDATE: Clearly the Cubs are just making room for Strop:

I MOSTLY kid, but I mean, it’s possible they want to use only so many spots for reclamation veteran righty relievers …