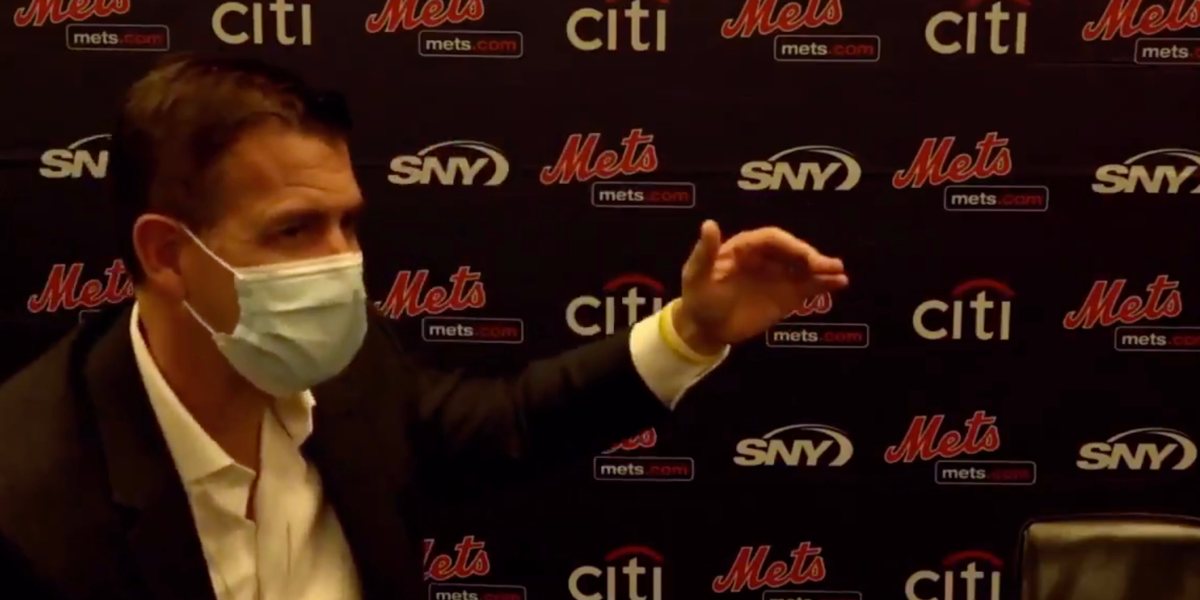 That’s Mets GM Brodie Van Wagenen on MLB Commissioner Rob Manfred’s instincts with respect to the social justice movement building within baseball. And if what he shared in an apparent video is accurate, his assessment seems correct.

Here’s the video that just came out, and a transcript via Jeff Passan:

Full transcript of the video: pic.twitter.com/me5s6xpbXv

At a time like this, to be concocting contrived versions of a “protest” … I don’t even know how to wrap my head around that. The idea that players would participate in an orchestrated walk-off-and-then-come-back-and-play is rightly described as not dealing with reality. It’s embarrassing, and it highlights an extreme disconnect within the game. Even if just tossed out as an idea – how could you be in charge of MLB at this moment in time and think that was a good idea?

We’ll see what the fallout is here. Meanwhile, more and more teams are opting not to play today.

UPDATE: Do we believe that this was another Meet the Meets moment, or is somebody covering for the Commissioner:

Brodie Van Wagenen says in a statement that the idea he was ripping Rob Manfred for was not Manfred’s, but Jeff Wilpon’s. pic.twitter.com/m9QekmdftC

UPDATE 2: And here is what the Mets, and Marlins, actually did:

UPDATE 3: Now MLB has gone so far as to issue a statement from Manfred distancing himself from this: