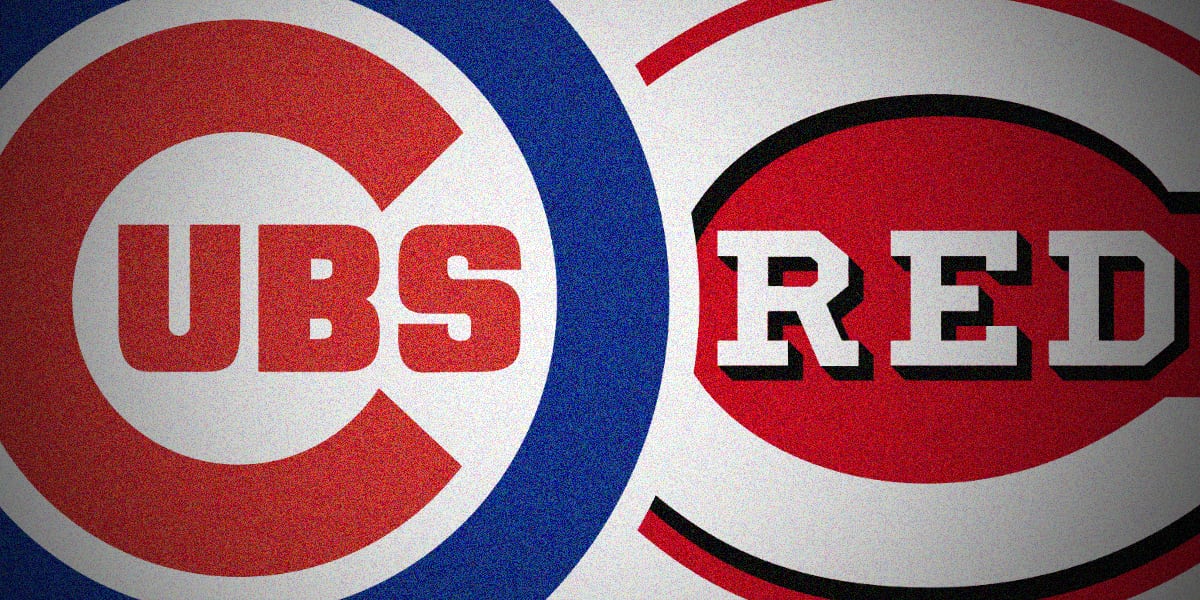 This weekend, the Chicago Cubs will play four games against (and in) Cincinnati, making up one of the postponed games from the beginning of the year with a double-header on Saturday. Given the Reds (13-17) position within the division and the proximity to the deadline and end of the year, it’s not an exaggeration to say the Cubs could more or less end their hopes for first place this weekend. It would take at least 3 of 4 to make that happen, though, especially with another three head-to-head games coming up in a couple weeks.

In the meantime, the Cubs will run into another off-day on Monday (lucky them) before going on an absolute tour of the NL Central, during which they’ll face – in order and without breaks – the Pirates (3 games), Cardinals (5 games), Reds (3 games), and Brewers (3 games). That stretch is probably going to determine the order of division. After that, the Cubs will get less meaningful matchups against the Indians, Twins, Pirates, and White Sox to end the year.

The Chicago Cubs (18-12) are just 5-5 in their last ten games, but they’re also the only team above .500 in their division, in the catbird seat for a high-seeded playoff spot moving forward. Not unlike 2019 *and* 2018, the Cubs are kind of in a “don’t screw it up” territory now that we’re nearing September. Let’s … uh, hope it goes differently this year than it did the last two.

The Cincinnati Reds (13-17) are four games below .500, have won just 4 of their last 10 games, and are generally not having the season I think they (and we all!) though they were going to have.

*Alec Mills will get a start this weekend, and Tyler Chatwood/Jose Quintana will participate in some form or another, as well. The tricky part is doing a “bullpen game” with Chatwood and Quintana for the second half of the double header on Saturday would put them on short rest from their last combined start in Detroit on Tuesday. So the Cubs could decide to go Darvish and Mills on normal rest for the two games on Saturday and then another Chatwood/Quintana piggyback on Sunday. An off-day on Monday will help re-organize the rotation, but there’s another double-header next weekend, as well. Tricky stuff.

Cubs Pitcher: Tyler Chatwood is undoubtedly going to be the pitcher to watch this week, but we don’t even know for sure if he’s going to get one of the starts. Chatwood sandwiched a back injury between two really rough outings, the last of which featured the sort of lack of complete control that defined his early career in Chicago. The Cubs are likely better with Chatwood in the rotation and Quintana ramping it up with his two pitches from the left side in the bullpen, but I’m worried that may not be a realistic option after this weekend. If he gets one of the starts, this may be Chatwood’s last chance.

Cubs Player: Javy Baez has been hitting then ball hard lately and is riding a six-game hitting streak. During which, his ground ball rate has begun to fall, while his line drive rate and hard% have been climbing: 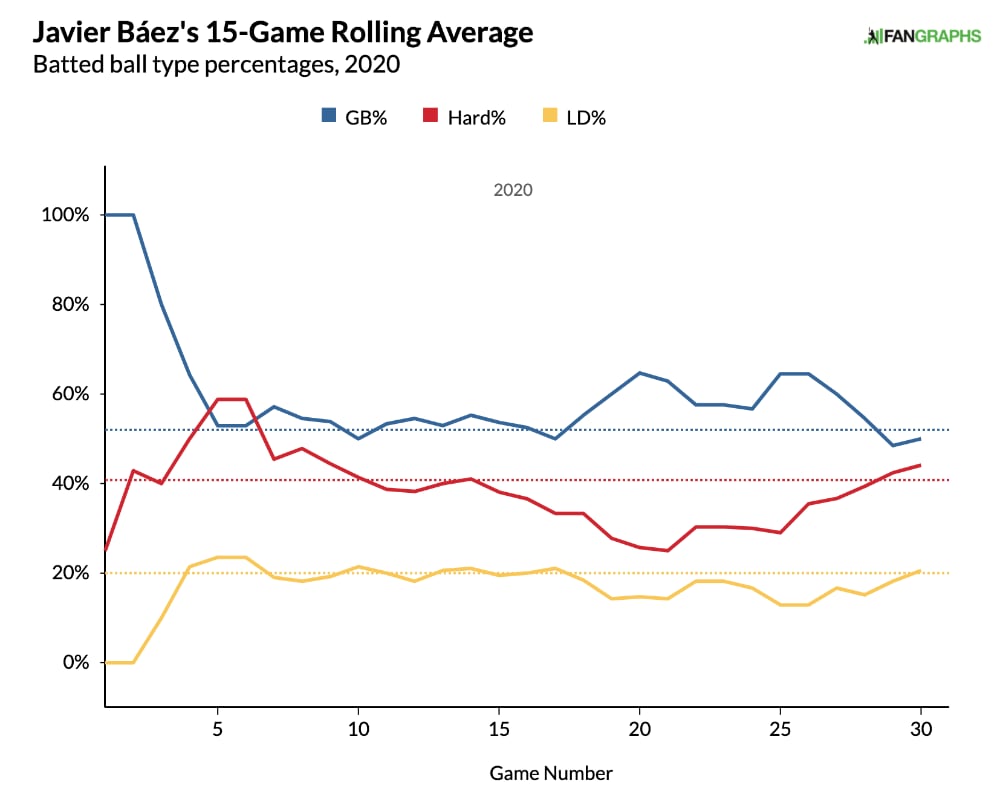 Baez has a tendency to go on an absolute tear from time to time … let’s hope this is the start of one of them.

Reds Pitcher: Tyler Mahle, whom the Cubs saw in their first series of the season, has been chased from his last two starts before completing the fourth inning. The Royals drew three walks (which is surprising from that team) and added two hits including a homer to chase him after only 3.1 IP and the Cardinals walked twice and added five hits including a homer to boot him after 3.0 IP. I would very much enjoy a similar performance from the Cubs tonight.

Reds Player: The Reds have called up one of their better prospects, Jose Garcia, to start at shortstop after exactly zero games at the Double-A level or higher … so that’s something. TO be sure, Garcia, 22, is a bit older and did hit High-A pitching well enough (.280/.343/.436; 131 wRC+), but this is a pretty shockingly aggressive move. With that said, young hitters tend to have a bit of an advantage in the short term when there’s not a completed book out on him yet, so he could succeed this weekend, but he’ll probably see some pitches break in ways he never has before. Not to mention some additional velocity.