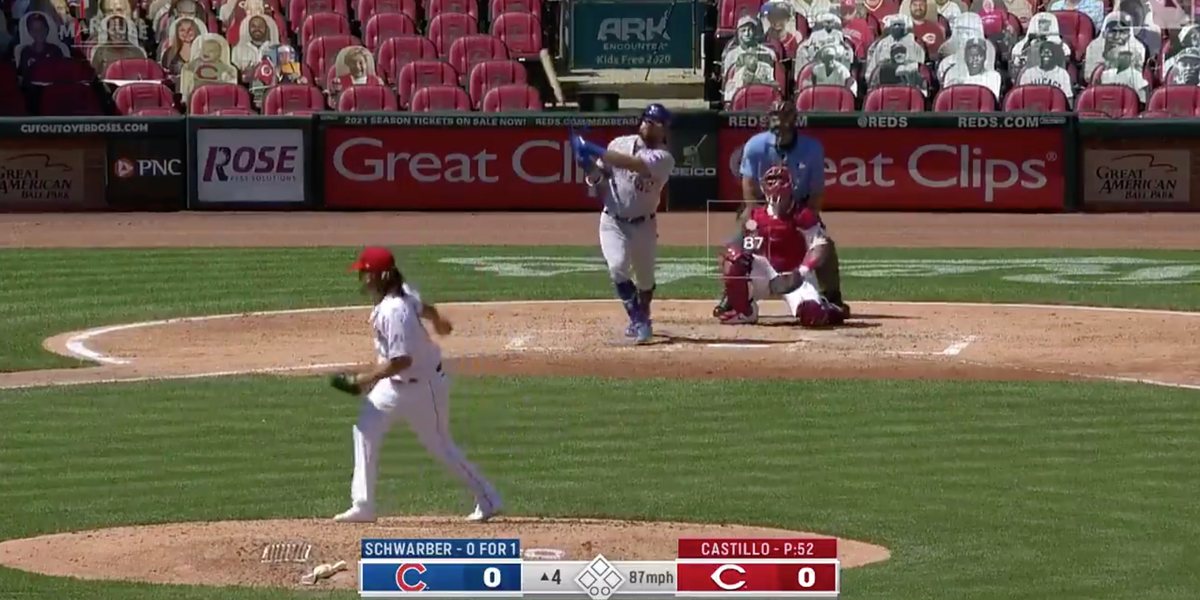 Any run you can get off of Reds righty Luis Castillo is a good one, because the dude has such good stuff. I’ll gladly take solo shots.

First up, well done, Kyle Schwarber, and well done on the chirping, #AtCubs:

That was 107.9 mph off the bat and 428 feet for Schwarber. Big rowdy Schwarber does not get cheated.

Then two batters later it was Jason Heyward’s turn:

There is no truth to allegations that the Cubs tweet more than any other team. pic.twitter.com/AFXqTO4Ovg

(That tweet, and the earlier one, was a reference to the Reds’ beefing yesterday.)

I’m just saying, I wrote how that’s where his power is – let the guy yank the ball, as long as he’s elevating (which, this year, he is!).