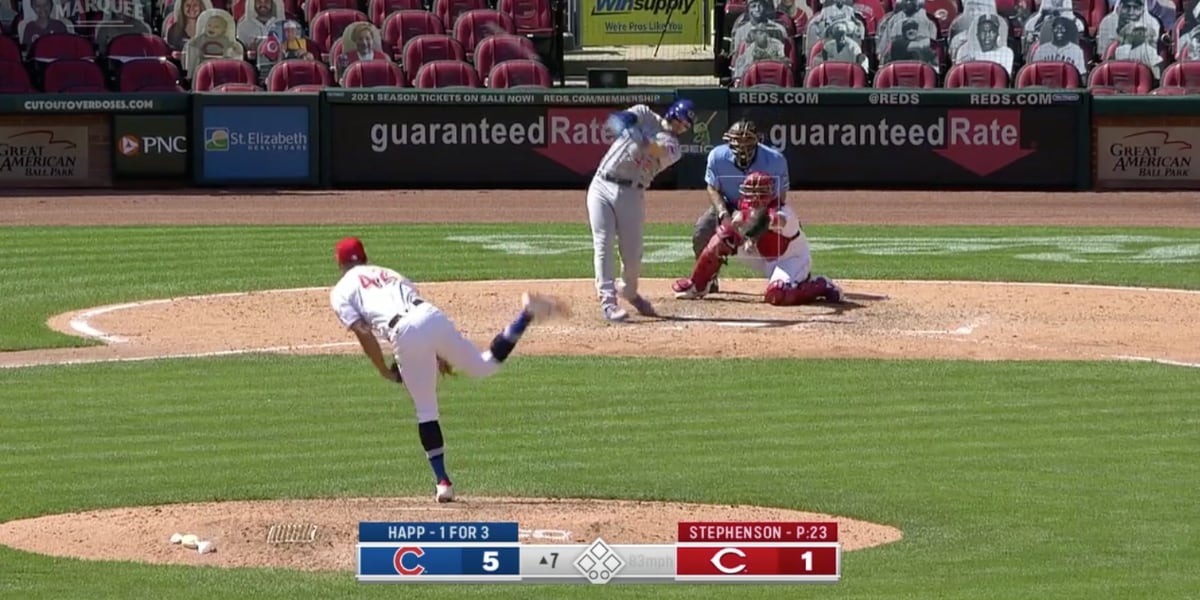 Ian Happ was not about to let Jason Heyward steal his thunder as the only guy with a two-homer day, so Happ went out and launched HIS second of the game, third of the series, and 9th home run of the season to right field.