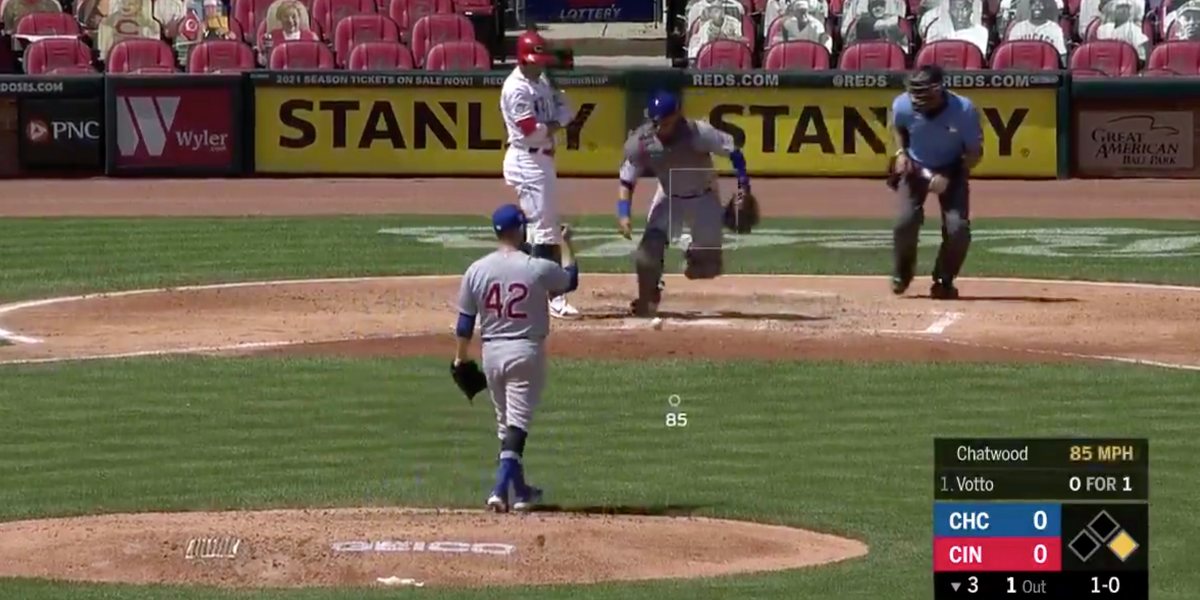 But he’s out of the game after suffering an apparent injury:

Tyler Chatwood spikes a 1-0 pitch to Votto in 3rd and immediately calls for the Cubs' head athletic trainer. Exits the game with an apparent injury. This is 2nd start back from a IL stint due to a back strain. pic.twitter.com/gPteWlsuoa

The immediacy with which he called for the trainers makes me think something grabbed him that he already knew he was potentially dealing with (i.e., the back issue). I don’t want to speculate beyond that, because it could be a whole lot of things, ranging in severity. For now, we know that he felt something bad somewhere in his body, and he’s out of the game. Colin Rea took over.

We’ll update when there’s more. Jose Quintana figures to get some starts now going forward, and the thus the Cubs’ interest in picking up another lefty for the bullpen just ratcheted up again.

Chatwood left the game with right elbow discomfort, per the Cubs. He will undergo further evaluation tomorrow.

Maybe he’ll avoid something serious, but an immediate self-pull from a game, after a pitch, with the pitching elbow being the source of discomfort? That’s very concerning.