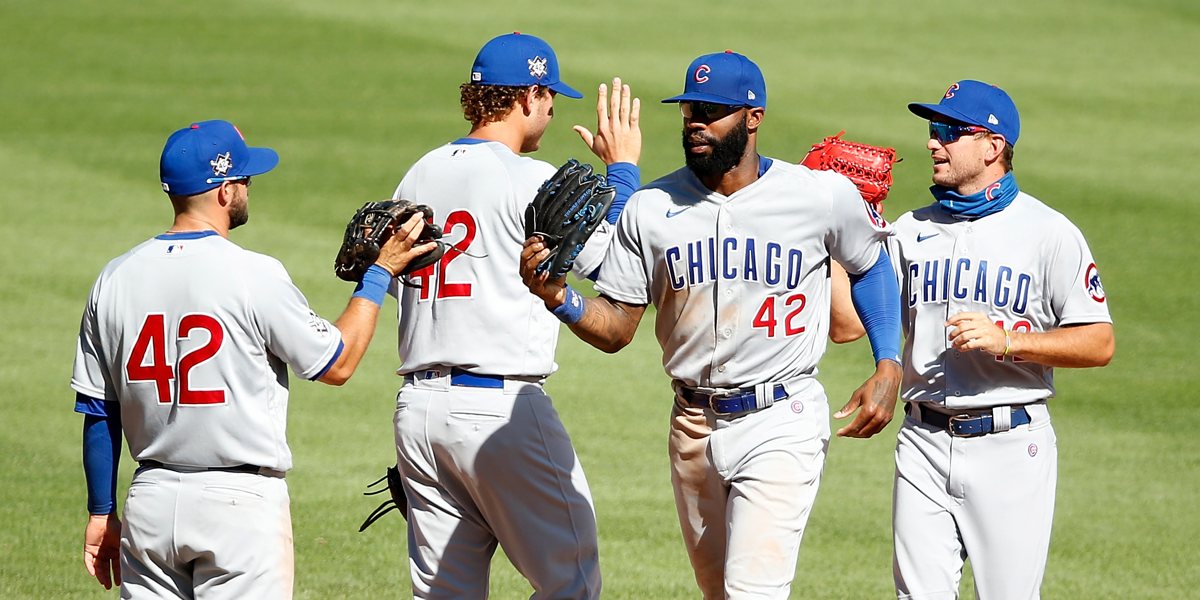 So yesterday wound up being surprisingly active around baseball, including not only the Cubs making a trade and a signing, but also a SEVEN-PLAYER deal last night between (who else?) the Padres and the Mariners.

And today, it could even more:

An NL executive: “I heard all the reasons why there wasn’t going to be action this year, but good offers are being made and teams trying to win, especially those that haven’t made the playoffs in a while, are being active."

I expect tomorrow to be frenetic, intense, and full of compelling @MLB trades. Feels like we’re about to have a typical, chaotic Trade Deadline Day.

I smiled typing those words.@MLBNetwork

•   We might get more word on Tyler Chatwood’s elbow today, as he’s expected to be evaluated in Chicago during today’s off-day (Cubs.com). Apparently Chatwood felt a little something on his first pitch of that third inning, and then when he spiked his second pitch, he cut things off. It isn’t *always* the case that a pitcher in that situation has a serious elbow injury – sometimes guys are being especially proactive because they’ve had elbow issues before in their past (as Chatwood has). I guess I’m just trying to be hopeful. Even if the discomfort is no more than mild tendinitis or something like that, though, he’s going to miss time. And with a month left in the season, a pitcher “missing time” could mean his season is over.

•   Speaking of the bats exploding, one of yesterday’s multi-homer hitters was Jason Heyward, who continues to pull the ball far more aggressively than ever, but is doing so with elevation – something he hasn’t been able to do in the past. Jordan Bastian noticed something else about Heyward’s performance, and I think it’s really interesting (even in a small sample) to see this combination:

Something Jason Heyward has done this season: Swing less. His swing% has dropped across the board, and one result has been a spike in SLG vs. breaking/offspeed pitches. Picking the right spots. pic.twitter.com/FGgy8PHXJB

•   That tracks, too, with Heyward’s improved discipline numbers this year (he’s always had great discipline, but this year he’s looking even better). Together with the power, Heyward’s line is now up to .286/.402/.560 over 102 PAs, with a 156 wRC+. That’s tied for 23rd in all of baseball (tied with, among others, Mike Trout), and one spot ahead of (among others) Eloy Jimenez.

•   The BN Dogathon enters day two, and although I managed eight hot dogs yesterday, I still have (at least) another six to go today before the deadline strikes. Thank you so much for your generosity to Make-A-Wish, although my colon is less thankful. Here’s hoping my pigs in a blanket/french toast situation for this morning gets through a couple more of ’em in a tasty way, because my late night Oreo dog idea last night wound up really gross.

Good morning on day two of the #BNDogathon. I feel gross. But for a good cause! pic.twitter.com/NgtJYehDRa