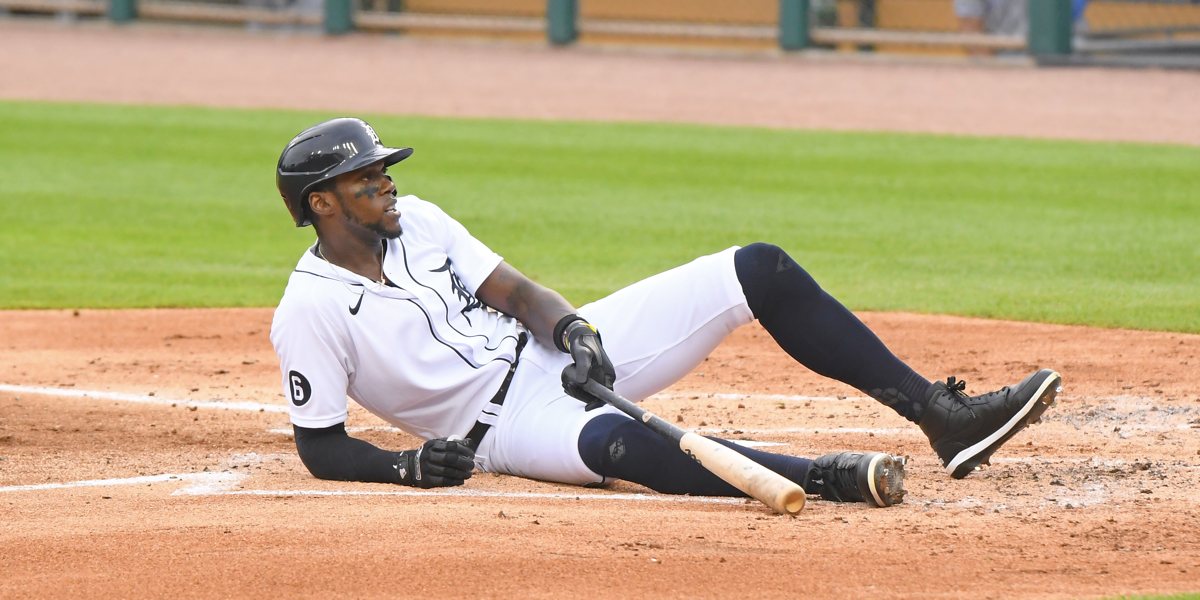 Sometimes, you just add useful players. I really think that’s all this is about.

In a surprise to many, the Cubs wound up making good on those earlier Cameron Maybin rumors and picked the outfielder up in trade:

Outfielder Cameron Maybin has been traded from Detroit to the Chicago Cubs, source tells ESPN.

After the Cubs got Jose Martinez, and then with the returns of Kris Bryant and Steven Souza, Jr. looming, it kinda felt like they were done adding “righty bats.” But then again, Maybin is a split-neutral guy, and a good all-around player.

You don’t know what injuries might come, you don’t know how you’ll want to coordinate your lineups, you don’t know who’ll get hot, etc. So, if a rental like Maybin is available and you want a little more flexibility, why not pick him up? It doesn’t necessarily have to be about a specific need.

Maybin, 33, has emerged in recent years as just one of those steady, solid, perfectly useful players who could fit on almost any team. He can play all over the outfield, has decent speed, and contributes at the plate:

Maybin is owed about $250,000 the rest of the way, and as a pure rental, I wouldn’t expect the return to be significant.

Now the big question, given the addition of Jose Martinez, and the coming returns of Kris Bryant and Steven Souza, Jr. … does the addition of Maybin mean that Albert Almora is heading out? One doesn’t have to translate to the other – Souza might still be dinged or might not return offensively; Almora still plays exceptional late-inning defense – but it does make you wonder, since Maybin can play all over the outfield.

More on this soon.

Tigers getting shortstop Zach Short back from Cubs

Normally, you’d think that’s way too much to give up for a one-month rental, but some context to consider: Short was added to the 40-man last offseason to protect him from the Rule 5, but then never got real consideration in Spring Training to make the roster (before things were shut down). Then, when the 60-man player pools were created, despite the Cubs’ relative lack of shortstop-capable infielders, and despite Short being on the 40-man, he was not included. It was weird at the time, and stayed weird as the Cubs added guys like Hernan Perez and Patrick Wisdom. I don’t know what the deal was, but it was weird. He was clearly not in the Cubs’ plans going forward for whatever reason, and they were likely going to open back up that 40-man spot at some point soon anyway.