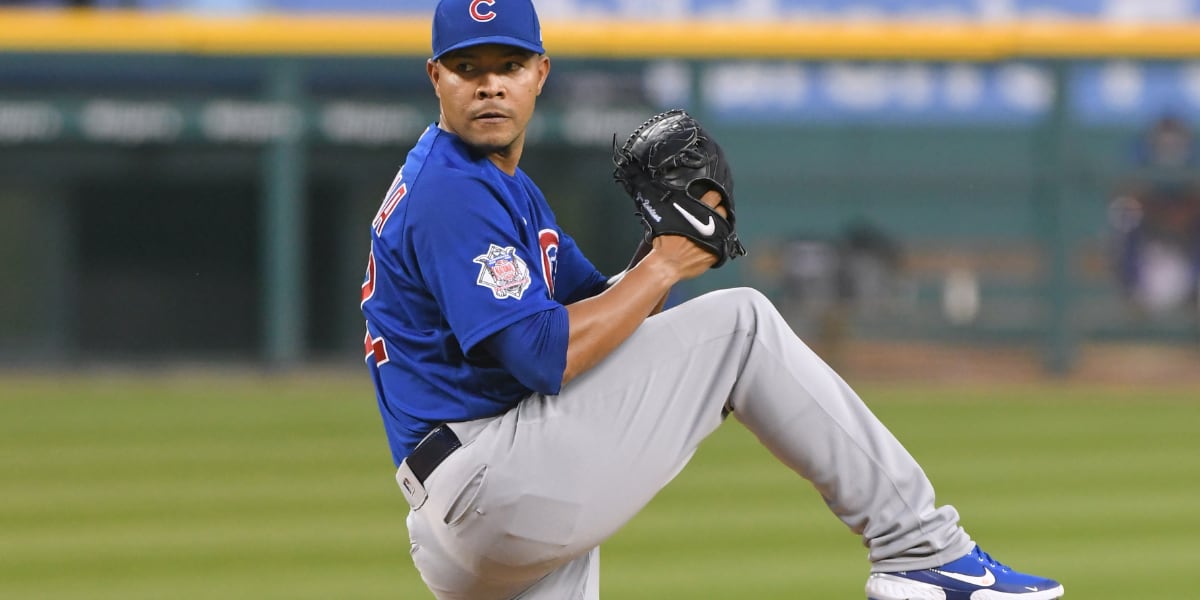 When I wrote yesterday that Tyler Chatwood’s start against the Reds could be his last scheduled start in a Cubs uniform, I was hedging against a third consecutive dud from the Cubs righty, which, alongside the return of Jose Quintana and rise of Adbert Alzolay, could have meant the end of his time in the Cubs rotation by way of bad performance. Chatwood is a free agent after this season.

Instead, Chatwood actually looked fine but left abruptly with right elbow soreness. And with less than one month until the end of the regular season, there might not be enough time for him to heal up, ramp up, and then actually work his way back into the rotation. That might be it. That could be how it ends.

That of course stinks for Chatwood, who’s worked hard to get back into the rotation (and earned it), and also the Cubs, who are inarguably better when he’s on top of his game, but that’s life. That’s baseball.

Fortunately for Chicago, Jose Quintana showed up at just the right time to help ease the anticipated rotation transition.

Pitching in relief of Chatwood/Colin Rea, and in his second outing since coming off the IL, Quintana tossed 3.0 innings of one-run baseball yesterday with just 2 hits allowed plus one walk against six strikeouts.

His fastball didn’t have quite the same zip as his first outing out (and that’s something we’ll want to keep an eye on), but the curveball was legitimately excellent. Quintana dropped 23 hammers over his 3.0 innings of work, 13 of which fell in for a strike and 6 of which were whiffs.

The only other concern was that for the second straight game, the balls Quintana did allow in play were hit pretty hard … 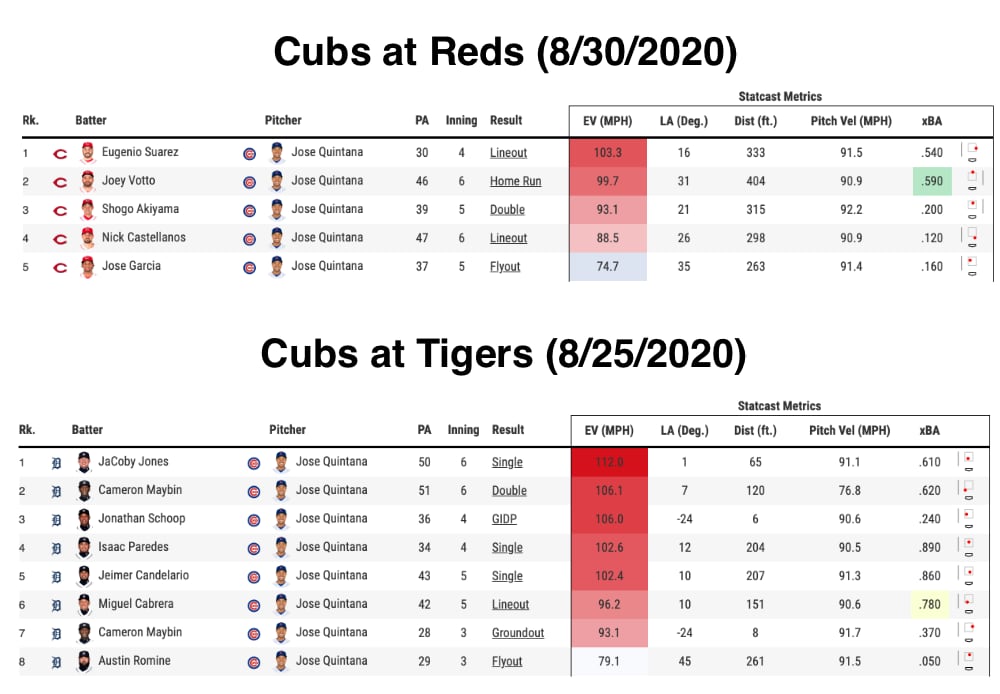 … and we can’t just ignore that (especially with so much contact in the air).

But also for his first two competitive big league outings in almost a full year, I’d say things could’ve gone a heck of a lot worse. Hopefully, after throwing 60+ pitches yesterday and getting even more time on normal rest, Jose Quintana will be fully stretched out and ready to take over Chatwood’s rotation spot, which I presume is now vacant given his injury.

The Cubs do have a double-header against the Cardinals this weekend, which means we could again see Adbert Alzolay, as well, but over the next month, I’m guessing we’re going to see some regular old Quintana starts. And right now, I’m feeling pretty good about that, though he’ll probably have to be limited to two times through the order.