David Ross Says, From What He's Heard on Ian Happ, "It's Not Too Bad" Skip to content 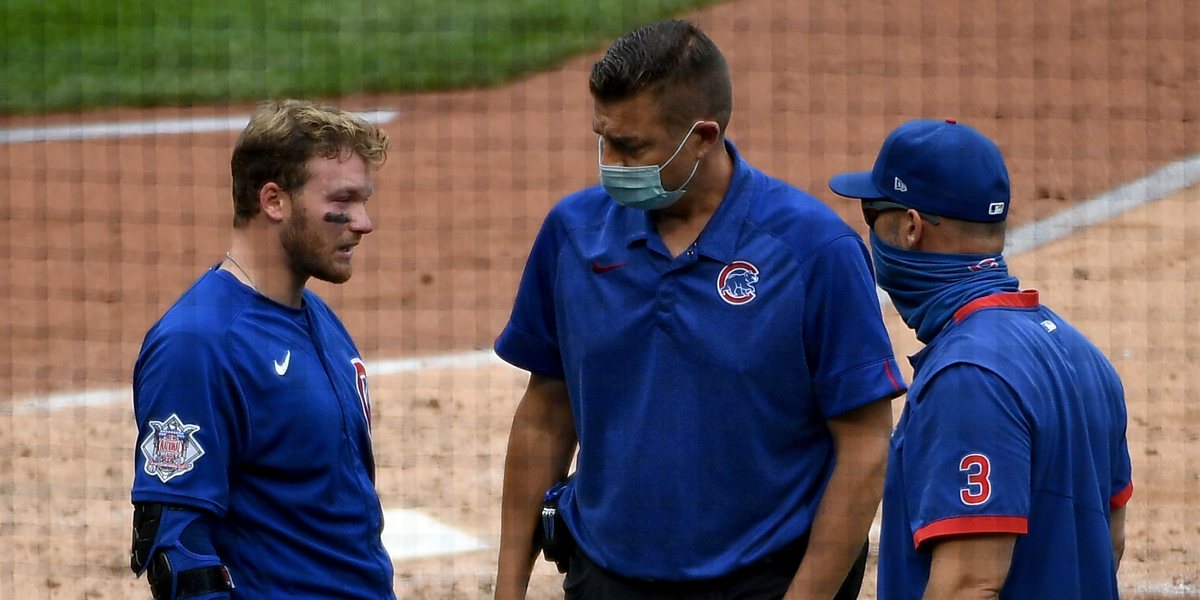 Today’s loss was bad enough on its own merits, but it also featured a scary moment with Ian Happ taking a foul ball bounce to the face. Happ went to a knee and eventually left the game with the trainer. From the replays, you could see the ball get him pretty good around the right eye.

In-game, we got the update that X-rays were negative, and it was likely gonna be a bruise situation. After the game, Cubs manager David Ross shared a little bit more.

“All indications, I heard, it’s not too bad,” Ross said, per Cubs.com. “So, we’ll see. I’ll see how he’s feeling. Obviously, that’s a sensitive area and we’ve got to make sure he’s all right. I’ll check in with him.”

The quick pull on getting Happ out of the game was less about the immediate knowledge that the injury was severe and more about the reality of a guy who now has swelling near his eye and has blurry, watery vision. You can’t let a guy finish an at bat like that.

“You could tell right where it hit him,” Ross said. “It’s tough to hit with two eyes, much less one …. It was just super blurry and kept watering. That’s just a dangerous situation.”

Although Happ didn’t speak with the media after the game, one of his teammates offered a little more insight.

“Scary. Vision’s not something you want to mess with,” Anthony Rizzo said. “There’s the initial shock factor for him and you’re hoping, give him a couple minutes and everything’s fine …. He seems to be in good spirits. I don’t think he’s seeing Tweety Bird right now, luckily. But, it’s scary, especially with Happer and how he’s carried us this year.”

Indeed. You would want any player in that situation to be OK as soon as possible, but obviously that goes double for Happ right now. You just don’t want to see anything interrupt his breakout year, both for his own success and for that of the Cubs. They need him.