So What If the Cubs Are Obnoxious? Deal With It, and Other Cubs Bits Skip to content 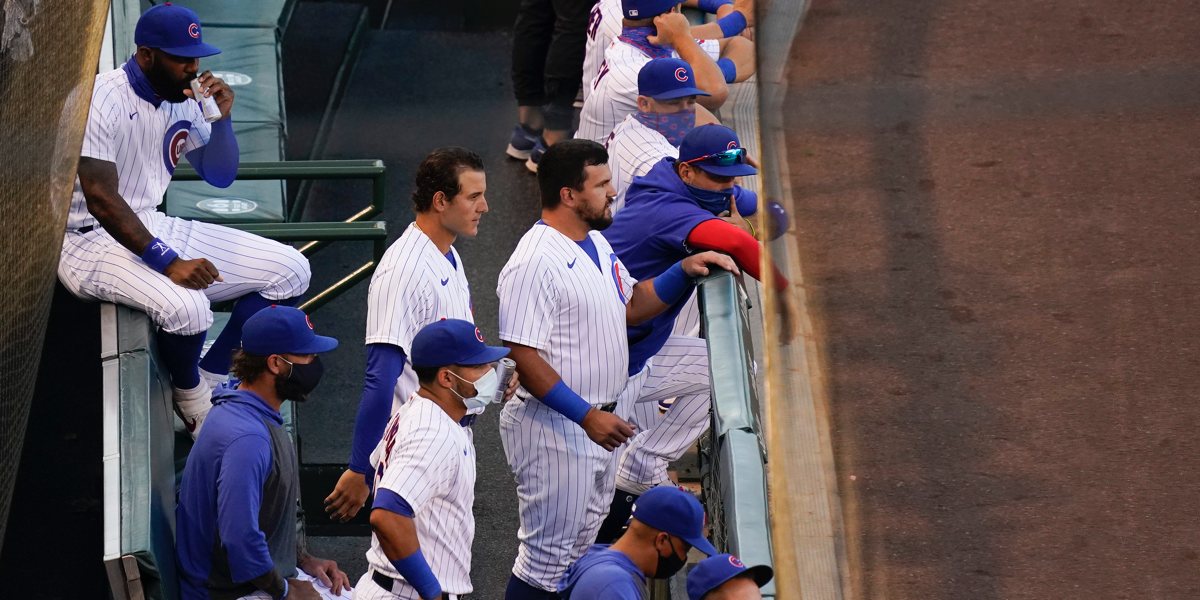 Season Two of ‘The Mandalorian’ is officially coming next month. Well, end of next month. And this is just the beginning of this month. So it’s still like two months away. But whatever. I like to think of it as just coming next month, since season one was like the only good thing ‘Star Wars’ has done since ‘Rogue One’ …

•   Compared to his last two starts, you could see Kyle Hendricks was keeping the ball down a little bit better last night (especially after the first couple innings). It’s still a work in progress, though, as there are far more pitches in the middle of the zone than he usually offers: 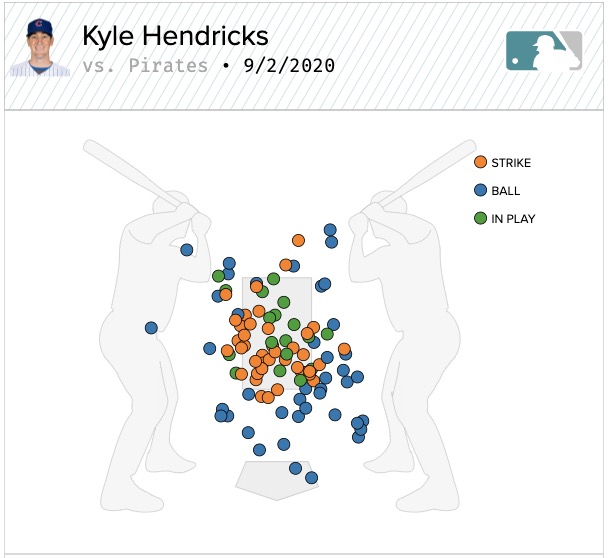 •   Hendricks and his catcher each told Cubs.com that the struggles are a matter of timing and rhythm:

“My timing just felt off,” Hendricks said. “It didn’t feel right. But by the end of the game — the sixth inning was the best I felt, so hopefully, I can build on that. I’ve got some positives to take out of it, but still, not great. I made some bad pitches that I got away with.”

“The first thing I told him was that he was rushing too much,” catcher Willson Contreras said. “I know he was trying to get into a rhythm early in the game, but instead of getting in a rhythm, he was rushing. That’s why he was missing locations a lot.”

•   The Reds recently says the Cubs do the most chirping in baseball, and Kris Bryant admitted that the Cubs can be a little “obnoxious” in the dugout. But they’re doing what they need to do to keep the energy up:

Is the Cubs chirpy dugout over the line sometimes? Maybe, but that doesn't mean they're stopping. "That’s what we got to do to get through the game and enjoy it and win and I think it’s been working for us. So we’ll keep doing it." https://t.co/xl1H2H53aT

•   I would especially leave the Cubs alone when it comes to being as “chirpy” as they feel they need to be right now when you consider how challenging, mentally, this season has to be. As Bryant put it, “In the time being, [this world without normalcy is] what we gotta deal with. It is frustrating and all those emotions [are] there, each and every day, you do kind of feel sometimes like you’re trapped. But this is a great group to kind of be stuck in a hotel with. Everybody has a whole lot of fun. We’ve been around each other a very long time. Honestly, looking back on the beginning of summer camp, I thought the season would be a whole lot different. A whole lot, maybe harder is the word. But I think it’s surprised me and I think we’re all OK with it.” Let these guys be a little obnoxious.

•   The topic made me think of this Anthony Rizzo picture:

•   Cameron Maybin made his first start for the Cubs last night, and you can get to know him a little more as a person:

•   After so clearly throwing intentionally at an opponent’s head, Aroldis Chapman received a suspension of … three games. You know, five fewer than Joe Kelly got for virtually the same thing (though I might argue Chapman’s was worse).

•   Great set of Deals of the Day at Amazon today, from back to school gear to air fryers to pocket knives to laptops to cold and flu needs. #ad