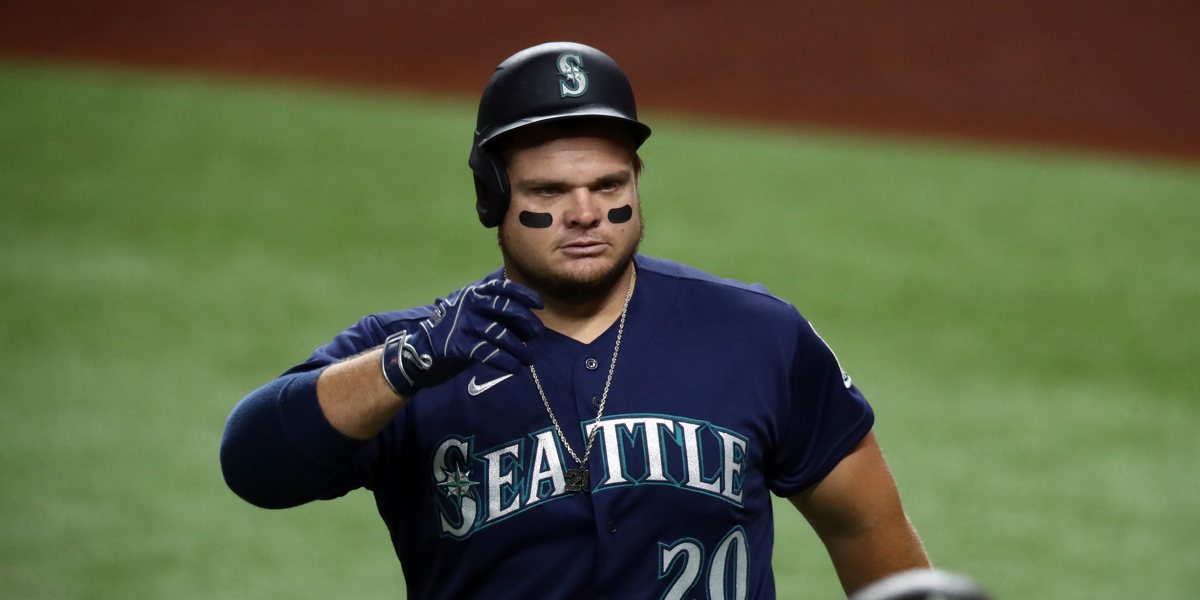 Against right-handed pitching this season, the Milwaukee Brewers currently rank 3rd to last in MLB (73 wRC+). However, they’re still in the hunt for a playoff spot here on September 3rd, so what did they do? They went out and got a left-handed, former Cubs first base/DH prospect, whose name I’m sure you remember:

Mr. Dan Vogelbach could soon be swinging it at Wrigley Field … North:

As you’ll recall, Vogelbach was traded to the Mariners back in 2016 in exchange for the guy who got the final out of the World Series, Mike Montgomery. From there, he bounced up and down between Triple-A and the Majors, before finally breaking out with that bat season: .208/.341/.439 (111 wRC+); 30 homers.

Unfortunately for Vogelbach, he turned back into a pumpkin after that. In 217 second-half plate appearances the big guy slashed .162/.286/.341 (71 wRC+). And those troubles followed him into 2020, where he had a 38 wRC+ in 64 PAs before being DFA’d by the Mariners on August 19th. He did pick up with the Blue Jays four days later, but after 4 hitless at-bats, they cut him loose, as well.

Now, the Brewers will try to reclaim his once prodigious power with the benefit of the designated hitter spot and a new vacancy with the ousting of Justin Smoak.

In all likelihood, Vogelbach will not again be the guy that became an All-Star last season, but let’s just say I’m happy he ended up in Milwaukee, where the voodoo magic for hitters isn’t quite as strong as it is in St. Louis. If he were a Cardinal, he’d end up an MVP candidate this season somehow.