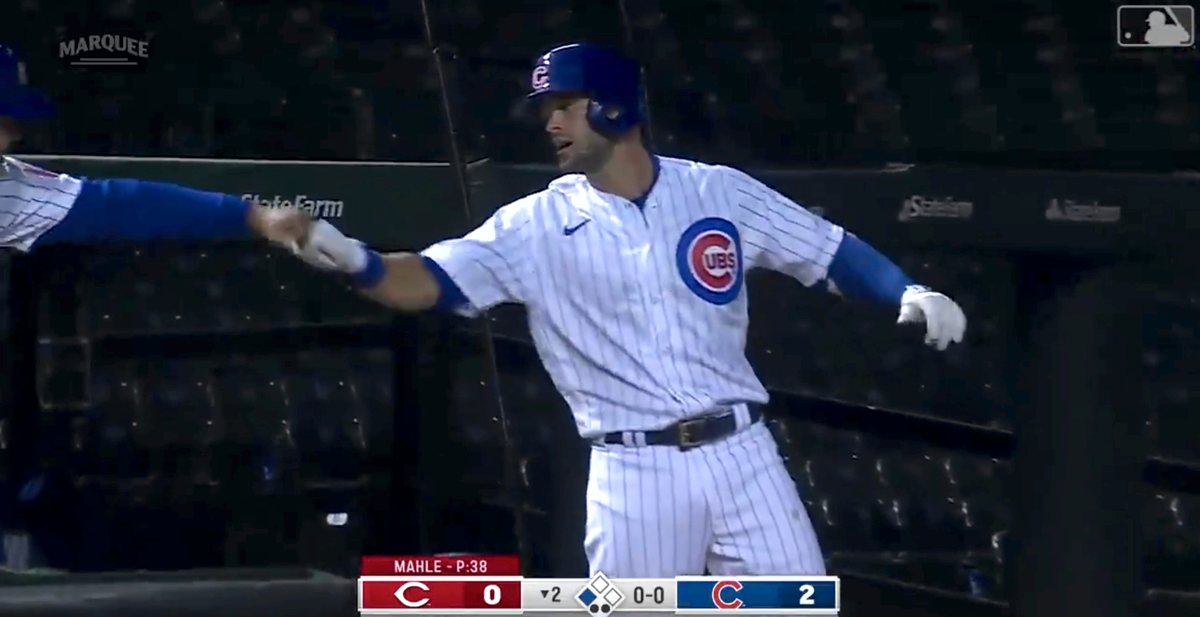 Despite a good situation, the Cubs were perilously close to not scoring in the 2nd inning.

With two runners on, one out, and a 3-2 count on Jason Kipnis, the lefty got a pitch that would’ve registered as ball four, loading the bases, and obviously ending the Cubs’ inning. There is no greater kryptonite in baseball this year than the bases loaded for a Cubs batter.

But ever the savvy veteran, Kipnis clearly saw ball four headed his way, and bravely fell on his sword with a swinging strikeout at a pitch above the zone.

Thus, the two-out opportunity was preserved for David Bote, who tripled in two runs:

I don’t think many right fielders were catching that bullet off the bat, but Nick Castellanos certainly, uh, didn’t get a good read on it. Then, when the ball reached the ivy, he mighta tried to do the “I lost it” thing and held Bote to a ground rule double, saving a run. But that didn’t happen, and it was two runs for the Cubs.

Mostly I credit Kipnis. But also Bote and Castellanos.