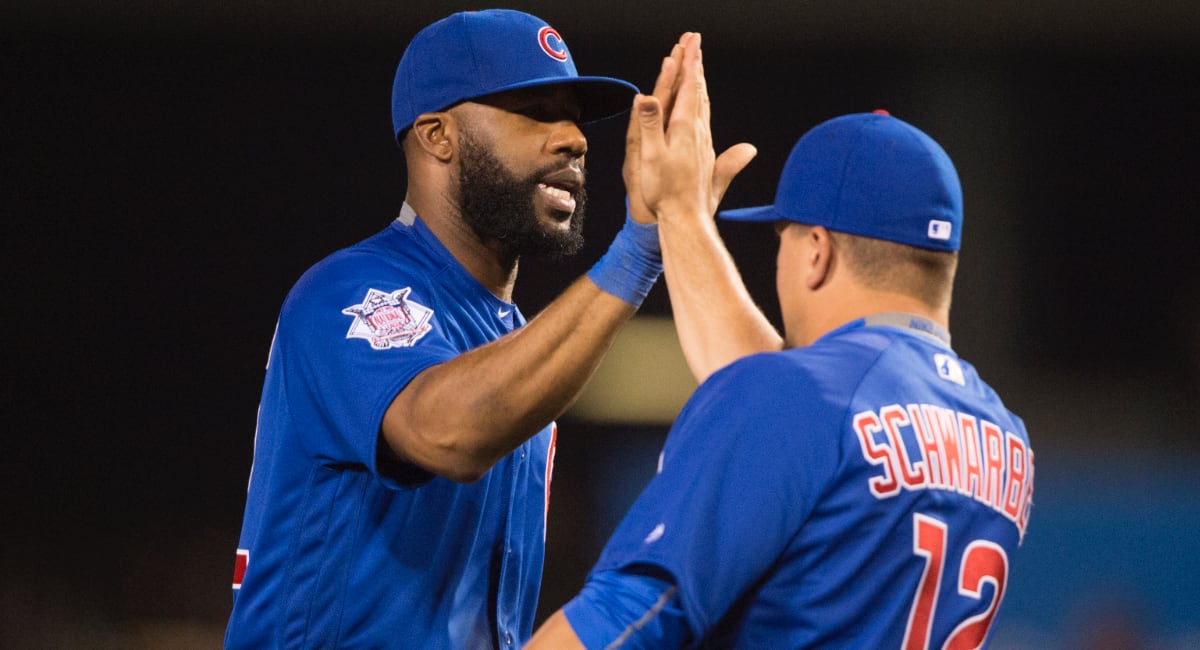 The Cubs won yesterday’s game thanks to a shutout of the Reds, who’ll get a dominant Yu Darvish tonight, but with Trevor Bauer on the mound for Cincinnati, this one might be a lot tougher to win. Here’s David Ross’ lineup for game 2.

Kris Bryant is sitting again tonight, perhaps because of the foul ball he took off his elbow. Sigh. It’s been another injury-riddled season for the Cubs former MVP and at this point it’s hard not to use the word “disappointment,” at least with respect to 2020.

David Bote is starting in his place at third base and Willson Contreras is finally moving up to the two-hole. He’s been crushing the ball lately and I full support this move remaining permanent, even after Bryant returns.

The most confusing news of the night is Ildemaro Vargas’ start at second base over Jason Kipnis. I have no explanation as to why he’s starting, especially as I didn’t even expect him to be on the active roster at this point.

But the BEST news of the day is Jason Heyward’s return to the starting lineup. He’s been the Cubs second best hitter this year and he’s evidently feeling better after a little health scare earlier this week. I hope he comes back as hot as he left and helps leads the Cubs to a very important series victory.