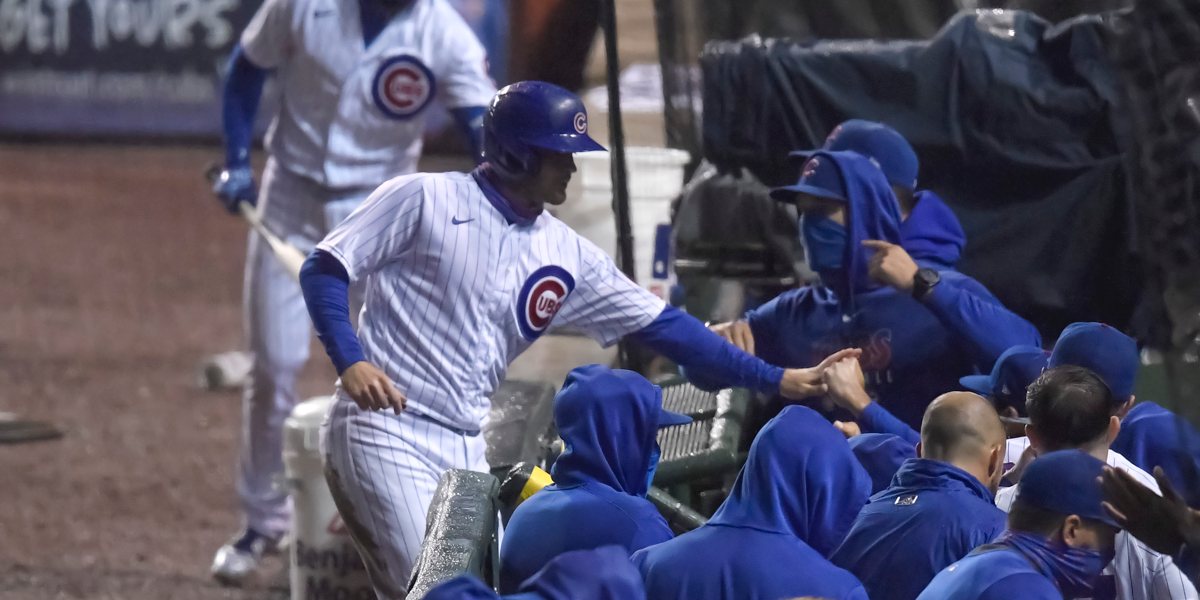 An hour and fifteen minute rain delay, combined with a four hour and seven minute game, means that was a very, very long night for the Cubs and Reds. It made for the kind of game you especially hate to lose, and also the kind of game that lifts your spirits if you come out on top.

Thankfully, that latter team was the Cubs, who broke through against Sonny Gray in the 4th inning, added some manufactured runs from there (when was the last time the Cubs scored 8+ without a home run?), and got great bullpen work (with one exception) to hold onto the win.

It doesn’t feel like a huge comeback win, but as a matter of fact, when you go down 3-0 in the first few innings, that’s actually a rather substantial hole in a context neutral situation. At the low point in the top of the 4th, the Cubs had just a 15.8% chance of coming back to win:

Considering some other peripheral context, and I’m thinking this was one of the Cubs’ best wins of the year: (1) Sonny Gray dominated them last time out; (2) Adbert Alzolay was filling in as a starter and did not perform all that well; (3) the Cubs just lost a Yu Darvish start; (4) this gave the Cubs a series win; and (5) the offense produced without a home run.

Enjoy the rain-soaked highlights if you want to relive, or if you zonked out of the nearly five and half hour affair: