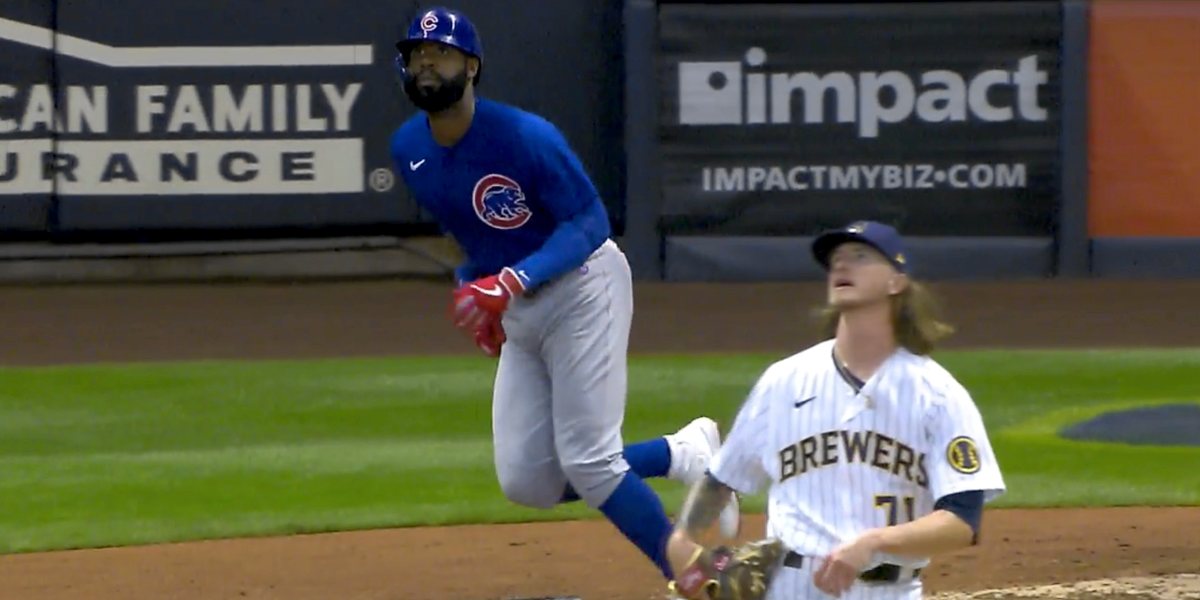 I cannot believe what I just saw. That was amazing.

With one out in the 9th inning, and Josh Hader on the mound, the Cubs were pretty clearly on their way to a second straight shutout at the hands of the Brewers. But Javy Báez got a hit, and Anthony Rizzo fought off a two-strike pitch for a single of his own.

That brought up Jason Heyward – a lefty against Hader – who went into two-strike hero mode:

You could only see it on the replay on the broadcast, but the moment that ball left Heyward’s bat, Josh Hader screamed the biggest “F*********CK!”