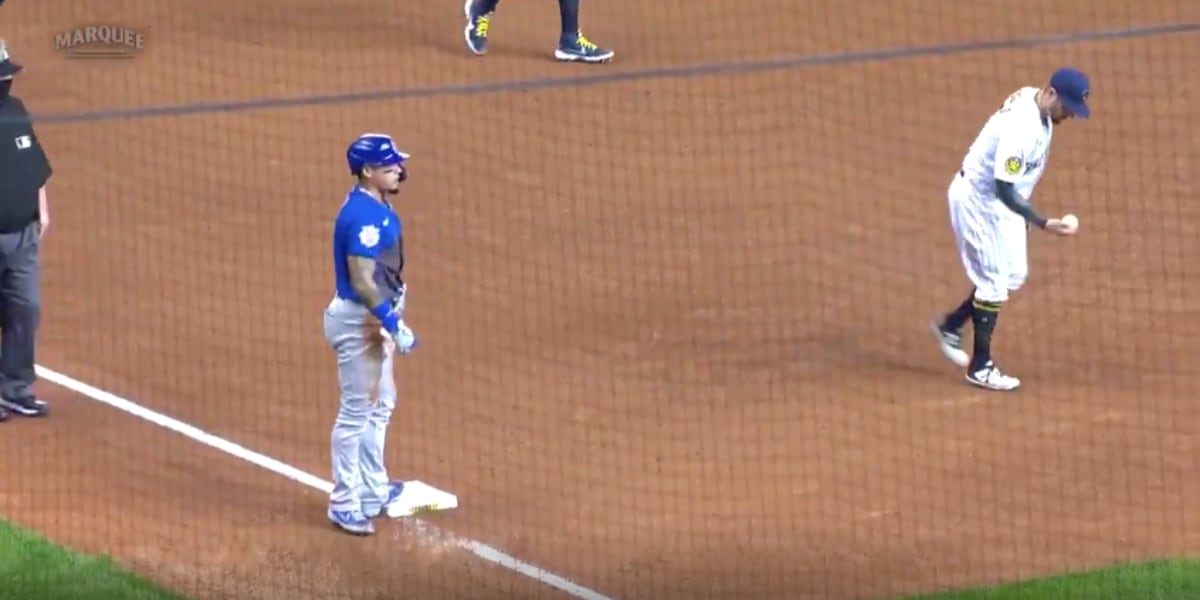 I couldn’t believe my eyes when I saw it. And neither could the Brewers.

With one out in the top of the 5th inning and runners on second (Javy Baez) and third (Kyle Schwarber), Jason Kipnis hit a sac fly to deep left field. Christian Yelich made the catch and threw the ball in, but Schwarber had already scored easily and Baez had moved up to third, where the throw was fielded. But when the Brewers started kicking dirt, El Mago saw an opening and took it.

He is truly constantly on-top of the moment:

Oh, and then Craig Counsell was ejected.