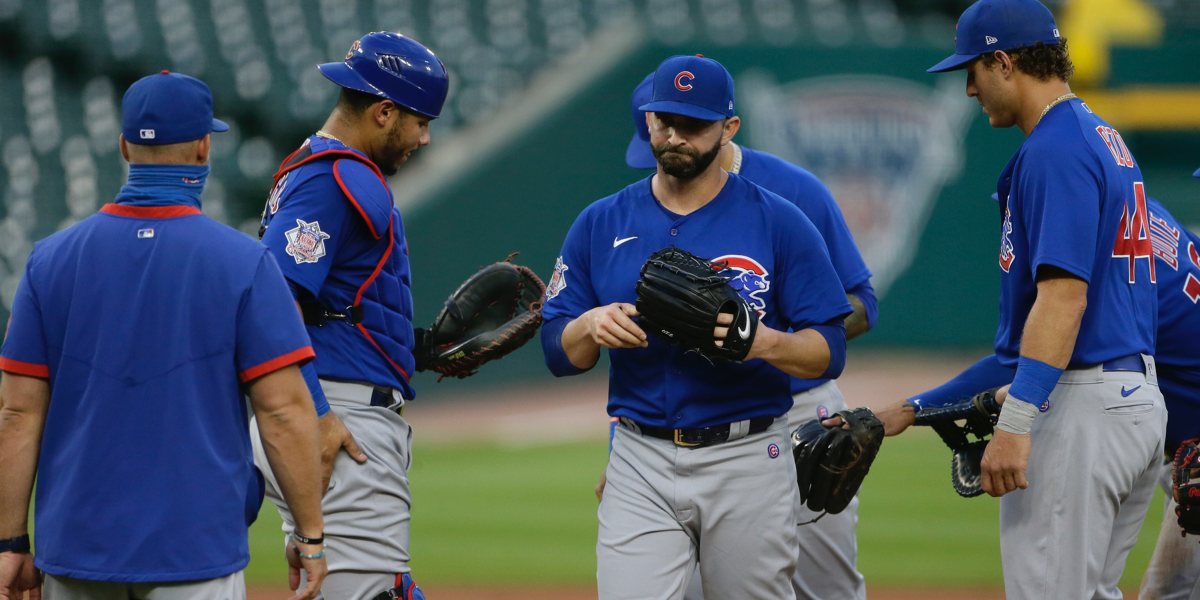 Having now dealt with multiple injuries after a hot start to the season – he looked so legit good! – Tyler Chatwood has been shut down again.

Chatwood was trying to rehab a flexor pronator strain in his forearm, but it wasn’t taking:

Chatwood has had a setback with elbow/forearm as he pushed his rehab. Ross says not ruling out possibility that if Cubs make World Series he might have time to be a bullpen piece for that.

Tyler Chatwood (elbow/forearm) had a setback that may end his season, Cubs manager David Ross said: “I’m not saying there’s not a scenario where we’re in the World Series and he’s in the bullpen. Things can change from now until then. But right now, he’s on the shelf.”

So you’re saying the Cubs have their 2020 Kyle Schwarber, eh?

In all seriousness, it would be a stretch to think that Chatwood could rehab to the point where he’s a clear cut good option for the team out of the bullpen in the World Series. Like David Ross said, you don’t absolutely rule it out, but it’s more likely than not that Tyler Chatwood’s season is over.

Does that mean his time with the Cubs is also over? Well, he’s a free agent after this year, and because his time with the Cubs didn’t go as well as either side hoped, he’s not going to find the market overflowing with multi-year offers. My guess is he winds up finding the best one-year deal he can get to try to show he is the guy he flashed early in this season. Might that offer come from the Cubs? It’s certainly possible.