I totally get that there are planning wheels that need to be set into motion, and when you’re looking five months out in the future, you can do a little bit “this is our plan, subject to change” stuff.

So, I’m not bothered that the Chicago Cubs today announced their schedule for 2021’s planned Spring Training, but I am definitely going to emphasize the whole subject to change element.

Per the announcement, the Cubs (and MLB) are planning to kick off Spring Training games in late February, which would basically be normal timing for Spring Training, and would mean things have to get going with pitchers and catchers reporting in mid-February. Will we be in a place for that to happen by then? Maybe. Maybe not. I think it’s certainly possible that cases of COVID-19 could be in a better place by February, and I also think it’s possible widespread, accurate, rapid testing will make playing sports a whole lot more doable.

But it’s hard for me to conceive, at the moment, of a Spring Training next year that proceeds normally in February, because that means you’re anticipating the regular season is going to start on schedule in early April. Given the desire to have fans in attendance for as much of next season as possible, I wouldn’t be surprised if the whole slate gets bumped back to allow more time for (hopefully) a vaccine deployment.

Anyway, for now, here’s the announcement from the Cubs:

Major League Baseball and the Chicago Cubs today announced their tentative 2021 Spring Training schedule, which begins on Saturday, February 27 at Sloan Park with the club’s home opener against the Los Angeles Dodgers and concludes against the Chicago White Sox at Sloan Park on Tuesday, March 30.

The club’s tentative 33-game schedule includes 18 games at Sloan Park and 15 Cactus League road games.  Additional games may be added in the future.

The Cubs and White Sox play four times next spring – March 26, March 29 and March 30 in Mesa and March 19 in Glendale.  The Cubs have a split squad scheduled for St. Patrick’s Day, Wednesday, March 17, when they host the Colorado Rockies and play at the Seattle Mariners.

Individual game tickets for 2021 Chicago Cubs spring training games at Sloan Park are scheduled to go on sale in January 2021.  Fans may direct additional spring training questions via e-mail to [email protected] or via telephone at 1-800-THE-CUBS. 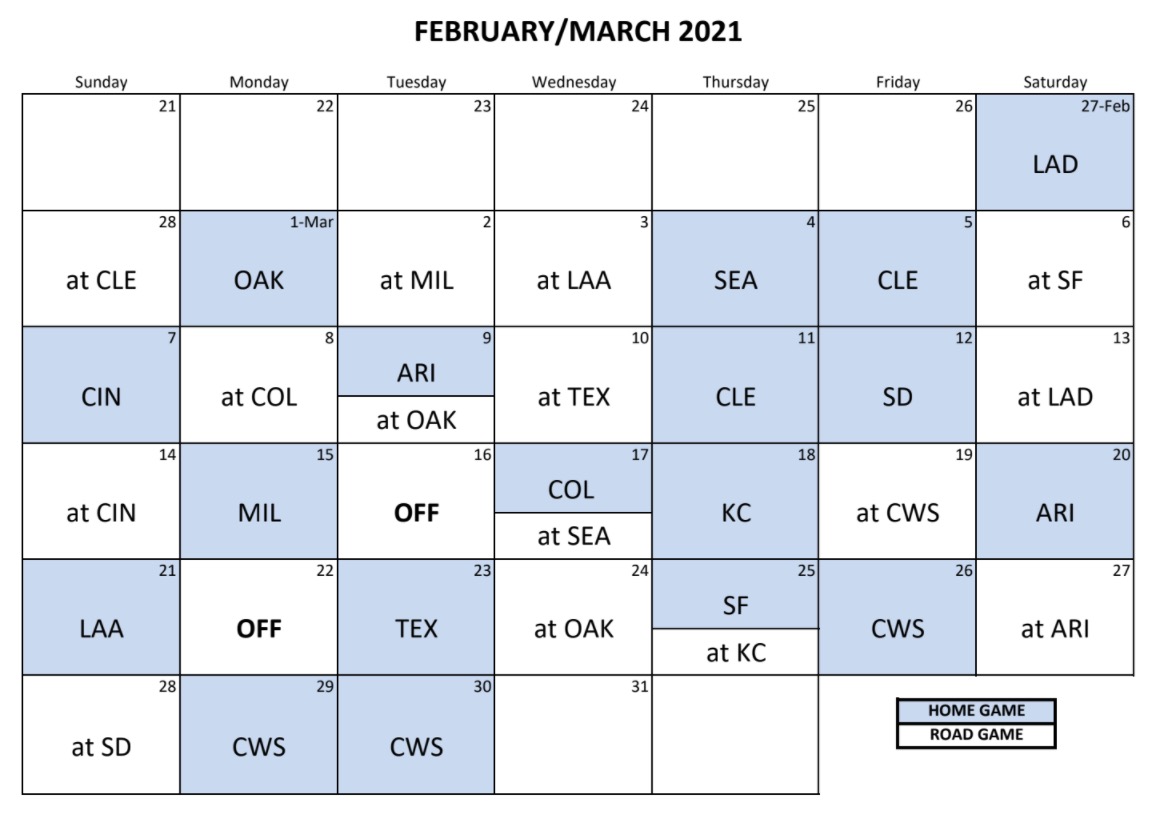