Cubs Win It In Walk-Off Fashion, Albeit In The Weirder Tier Of Walk-Offs Skip to content 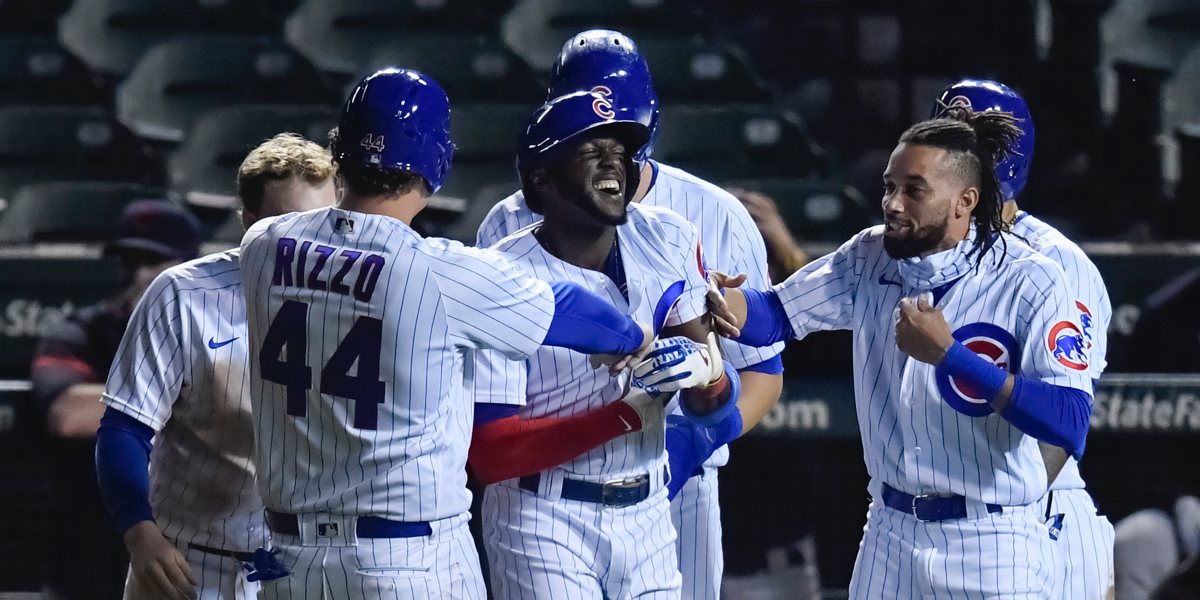 I would hazard a guess that most walk-off wins in baseball come via a hit, which I do think is the most exciting version of a walk-off. The home run version is probably best, but man, it’s also tough to beat scoring the winning run from first base on a double to the gap.

Next on the excitement tier, I’d probably throw in the suicide squeeze bunt (one of our all-time favorite Cubs wins ended that way!) A similar non-hit would be an attempted double play that you beat out at first base by a nose, allowing the winning run to score. That one is super rare, but I can see that as also fairly exciting in the non-hit category.

Then you’ve got the perfectly acceptable, but not especially thrilling “productive out” versions of the walk-off, sac flies and grounders (which would go as a fielder’s choice, since you’re throwing that ball home). Sometimes you just have to get a win, and sometimes that means just putting the ball in play.

Then you’ve got the weirder tier of walk-offs, from the wild pitch to the brutal error to the magnificently named shrimp (bases loaded walk). There’s also the one that is probably weirdest of all, and is how the Cubs’ short-season Low-A affiliate in Eugene won the title in 2018: a walk-off balk.

But none of the above are how the Cubs won it last night after the Indians tied the game in the 9th. Instead, it was Cameron Maybin taking one for the team for a walk-off hit by pitch. The walk-off gets mild bonus weirdness because it was actually back-to-back HBPs to walk it off:

I love Maybin’s reaction there to getting hit in a gentle place by a breaking pitch: “IT HURTS! IT HURTS!!!! AAHHHHHH!!!! … nah, I’m just playing, we win!”

Back-to-back HBPs for the win. As long as Contreras and Maybin are OK, you’ll gladly take it!

(If you’re wondering about Willson Contreras being ticked by a HBP in that situation, I think it’s a combination of things: (1) it hit him high and tight after getting buzzed by the first pitch in the at bat, (2) it hit him in the hand and probably hurt, (3) it was the FOURTH Cubs batter hit by a pitch on the night, (4) with one out and runners on first and third, you might not WANT to hit the batter, but you might be extra risky about it because you don’t mind loading the bases, (5) Contreras always has the energy up, and (6) Contreras is smart enough to know that if the pitcher is a little rattled by the emotions of the moment, it might throw him off even further.)