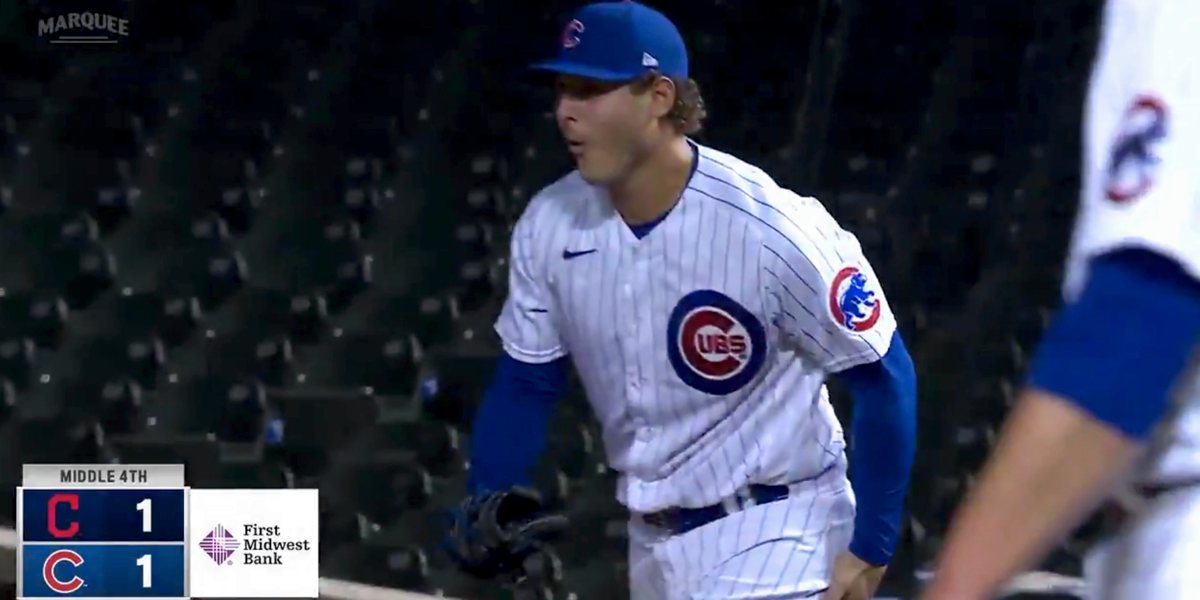 You basically never see a guy doubled off of first base on a lineout to the shortstop. There’s so much time for the runner to read the play which is in front of him, there’s such a large distance to throw the ball, etc.

But Javy Báez quite often does things you otherwise rarely see, like this cannon shot from shortstop to double the runner off at first:

Anthony Rizzo’s face says it all, doesn’t it? Whoooooooaaaaaaaaaa bro.