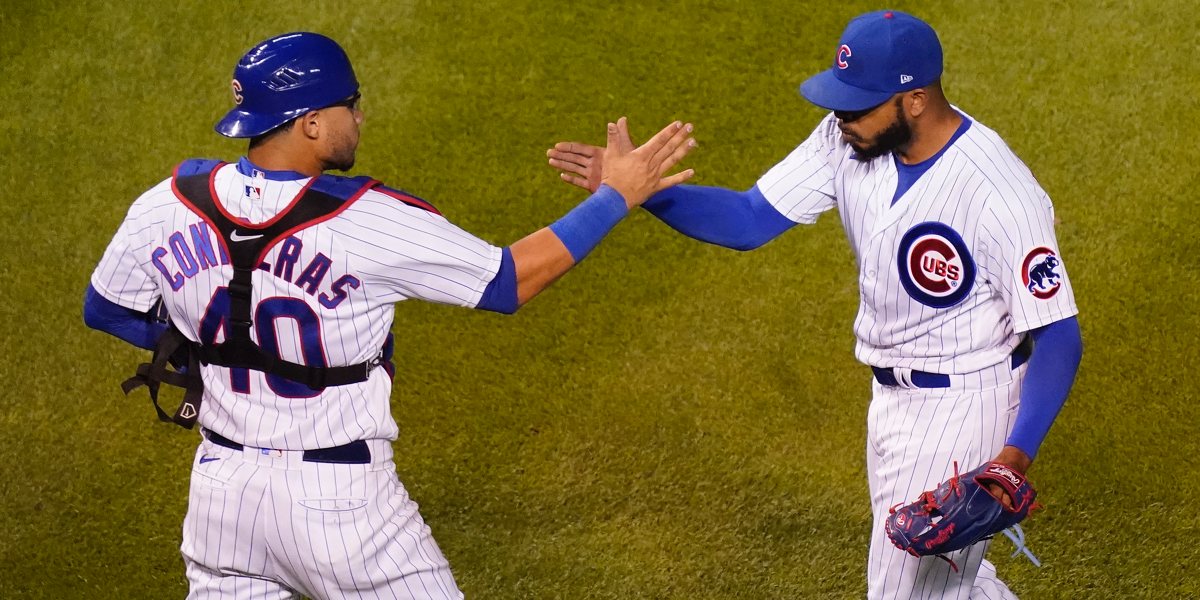 I noticed as I came up here to do the pre-Bit write-up section that a lot of what follows are kind of “negative” things about the Cubs, but I don’t actually feel negative at all! I’m actually feeling really good about this team, and I don’t want to see anything reduce their chances of succeeding in the postseason. They’ve got a real shot at making a run this year if some things come together over the next couple weeks.

•   After getting owned by old, old friend Rich Hill last night, the Cubs’ offense is now hitting .201/.313/.316 (75 wRC+) against lefties this year, the fourth worst in baseball. In September – you know, after the Cubs added two righty bats at the Trade Deadline – that line is even worse, at an abysmal .183/.277/.270 (53). It doesn’t help that Jose Martinez was acquired to be the lefty masher, was given just 15 plate appearances, and then sent out. Unless the Cubs were fixing something EXTREMELY specific with him at South Bend, then we’re probably not going to see him back, and the Cubs are just going to continue to be really, really rough against lefties. At least they won’t have to face any lefty starters in the postseason, RIGHT!?!?

•   But you want to hear something really weird and dumb, because this year is weird and dumb? One of the few Cubs who is performing well against lefties? It’s Kris Bryant, who is hitting a whopping .333/.484/.458 (165 wRC+) against them. Of course, what that line suggests is that he’s seeing the ball really well from the left arm side (hence the enormous OBP), but he still isn’t hitting for power there.

•   (Also, yes, you’ve correctly deduced that Bryant has been completely useless against righties this year: .167/.235/.278, 38 wRC+. It’s only 98 plate appearances, but why are we thinking it’s just going to magically get better this year? It is inexcusable at this point that Bryant continues batting second against righties, and when it happens in a playoff lineup, I’m going to be livid.)

Anthony Rizzo called it an “organic” meeting with Javier Báez, Kris Bryant and Kyle Schwarber before Tuesday’s game at Wrigley Field: “It’s just getting right and doing anything you can to help the team win and get right for the playoffs. That’s what we’ve been preaching.”

•   Well this is a fun factoid, and also a great look at Jeremy Jeffress getting PUMPED:

•   Now here’s where we mention that Jeffress was looking wild once again, and you can’t help but wonder if he’s going through a little rough patch. His K and BB rates have now converged on two terrible, terrible numbers for a closer: 18.5% and 14.8%. I know all the good stuff about the way Jeffress pitches, and how he definitely does induce a lot of crap contact. But it’s impossible not to notice that he’s walked 11 in his last 11 games while striking out just 9. At this point, you probably just keep riding things because there’s only a week left in the season, but I don’t love the way this is shaking out for the postseason, where a couple walks in the 9th can absolutely sink you.

•   Jeffress got an assist in that 9th, after his first walk, on an absolutely GORGEOUS double play up the middle by Nico Hoerner and Javy Báez:

•   Elsewhere in the bullpen, please get these guys in there ASAP so they can see some real action before the postseason:

Ross said Chafin (10-day IL, finger on left hand) and Quintana (10-day IL, left lat) are "both extremely close" to being ready to rejoin the team.

Chafin has a bullpen session today and Quintana a sim game tomorrow.

•   The crazy thing about adding two lefties to the pen and wanting to get them action? The starting pitchers have been going nuts for a while now, which has led to this:

•   Ryan, Osich, and Brothers – the three lefties – haven’t really been missed, but obviously you HAVE to have lefties in the postseason bullpen. So again, I’d like to see Chafin and Quintana in action soon, because I could easily see them being preferable options. As for Winkler and Underwood, well, the latter has quietly been one of the best relievers in baseball over the last month, but he’s been behind Jeffress, Kimbrel, Wick, Tepera, and Adam in the pecking order, so that’s why he hasn’t seen action over the past starting-pitcher-heavy week. As for Winkler, well, he’s just been too wild to be counted on as one of the sure-thing relievers. It’s possible he’s one of the guys optioned out to make room for Chafin or Quintana, together with Brothers(?).

•  Glassware, Under Armour, and art supplies are among the Deals of the Day at Amazon today. And also, Super Mario 3D All-Stars is now on sale at Amazon, and I couldn’t help myself. I want to play the best video game of all-time again (that would be Super Mario 64). I’m stoked.

•   I think some people got chippy about this fun fact when Jesse Rogers tweeted it, but I don’t know that he actually meant anything by it:

They'll nearly double that total as 6 of their final 10 are against plus-.500. (Twins/White Sox)

"Right next to Starlin Castro, Jon Lester is the most important baseball player in my life and my career, personally."

Asked why he included Castro, Rizzo said that's who taught him the most early on about what it takes to be an everyday player.

•   Speaking of old friends and 2012 All-Stars, here is some Cubs magic number fun, and a not so subtle reminder to follow us on Instagram:

Shoutout to @BrennenDavis__ on hooking up the @SBCubs staff with Obvious Shirts. pic.twitter.com/7ihWa3srVb