Dealing with the Loss of Wick, Bullpen Maybes, Bryant's Loss of Power, and Other Cubs Bits Skip to content 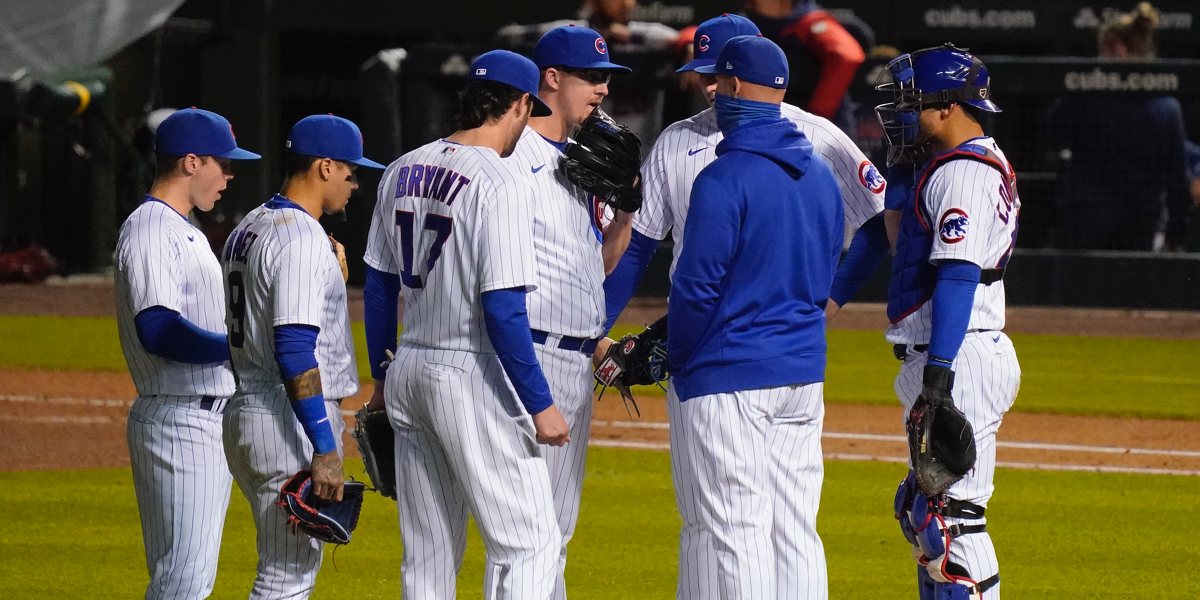 The Bears are back at it today against the Giants, so follow our coverage over here, and if you’re the betting type, take advantage of the two freebie bonus offers: you can get the Bears at +89 points(!) at PointsBet, and you can get them or any other team at 100/1 odds at DraftKings. These partnerships help us keep the lights on, yes, but the reality is that they are also crazy good promos as these books try to get a foothold in Illinois/other states where they are new entrants. So I’d be passing them on anyway for those of you who want to take advantage.

•   The loss of Rowan Wick is quite a blow, and there really isn’t much of a silver lining to which you can point. Yes, some other guys will now get opportunities to show up, but you won’t wind up with nearly as much confidence in them as you would have had in Wick if he’d just been healthy heading into the postseason. Your hope is that a guy like Duane Underwood could run with the opening, since he was probably the best righty who was outside that inner-circle mix. Of course, last night, in a tight spot that required strikeouts, Underwood had rough command and gave up three straight rockets. Maybe it was his week-long layoff.

•   Maybe your best hope is that Jose Quintana returns soon, and he’s actually the guy who gets moved immediately into that late-inning mix. I think he can be a real weapon out there, and maybe you’re even slightly better off on the whole for having a lefty in that group. I’m not sure if Andrew Chafin can quite be that guy, but he should see some later innings, too. I guess I just have high hopes down the stretch and into the postseason for the relief version of Quintana. The fastball-curveball combo can play, and without Wick, you’re more likely to need to see it out of Quintana right away. (Of course, like I said, you’re really stretching to see a silver lining there, because ideally you’d have BOTH Wick and Quintana available.)

•   Quintana isn’t expected back today, but he looked good yesterday in a simulated game, and David Ross says he could be back for the upcoming Pirates series. Ideally, you’d get at least a couple outings from Quintana in advance of the postseason.

•   Oh, and speaking of Chafin, that mustache was born to pitch in Chicago:

So, what’s his goal for down the stretch with Cubs?

“Get my job done. There ain’t much more to it than that.” pic.twitter.com/UV5bJQXS3q

•   And speaking of lefties, Rex Brothers’ job was probably spared out there for a minute by the Wick injury, and he took advantage last night, at least. In a very low-leverage spot – don’t lose sight of that – Brothers dominated the middle of the Twins lineup, striking out all three batters he faced. I’ve said it before: Brothers will always look legit when you watch him. The fastball is 95-96 mph coming in at a tough angle with good life. The slider is absolutely wipeout city. But for his career, he’s struggled so badly throwing strikes – he’s a lefty Dillon Maples. Right now, the Cubs think he’s “on a heater” with his control, so they wanted him up. But do they have enough confidence that the control will last into the postseason? If so, then keep him around – he’s probably one of the most dominant relievers you have. But if the control wavers for even a batter? Might have to pull the plug entirely.

•   Last thing on the bullpen for today: I know, I know. You’re thinking about Brailyn Marquez. My response is that the decision on him was not going to be impacted by a big league injury. If the Cubs think he’s ready, he’ll come. If not, he won’t. Stay tuned, I guess.

•   Projectors, yard tools, sheets, and books are among your Deals of the Day at Amazon. #ad

•   I’m not telling you much that you don’t already know, but I wanted to comment specifically on Kris Bryant’s extraordinary lack of power this year. Just 14 qualified players *IN ALL OF BASEBALL* have a lower ISO than Bryant’s .110. Among batters with at least 130 plate appearances, Bryant’s expected slugging is 8th lowest *IN ALL OF BASEBALL*. Right now, Kris Bryant is one of the least powerful hitters in all of baseball. Even in a small sample, that should tell you something is very wrong.

•   Now for the anecdote that cinched it for me: In his third at bat last night against Michael Piñeda, Kris Bryant had seen everything the big righty had. Clearly, Bryant was on him, working his third straight long at bat. And on the 8th pitch of that third at bat, the 20th pitch he’d seen from Piñeda, Bryant was right on the pitch. It was a slider in the zone, and Bryant got the barrel on it. To the eye, it looked like a good swing and good contact. Everything about that situation said it was a ball that Bryant crushed … and yet he hit the ball just 88.7 mph for a very routine fly out. He’d seen everything, got the pitch to crush, FOUND THE BARREL and still hit it only as hard some some pipsqueak utility man.

•   If I didn’t already think something was physically wrong with Bryant, in addition to all his other issues at the plate, I sure do now. Maybe it’s the lingering wrist issue, which is well known to sap power. Maybe it’s the shoulder thing he was dealing with all the way back at the start of the season. Maybe it’s something we don’t even know about yet. But it’s something, and it inspires zero confidence that Bryant is just gonna get it back. It was already a terrible idea to keep batting him second against righties, but it’s become inexcusable. Do you want to help a guy feel good, or do you want to win baseball games?

•   Very sad news in the baseball world, and with a Cubs connection:

The baseball world lost a legend with the passing of longtime scout Gary Hughes.

We extend our deepest sympathies to Gary's family, friends and all those he knew throughout the baseball community. pic.twitter.com/yTw5gUEF4g

RIP Gary Hughes. Arguably the greatest baseball scout ever. The sweetest, dearest, most generous guy. My heart is broken. I loved how he listened & never treated anyone badly. His legacy will be that–a good friend first & foremost. It's the best legacy anyone can leave.

•   News from the Bears world: