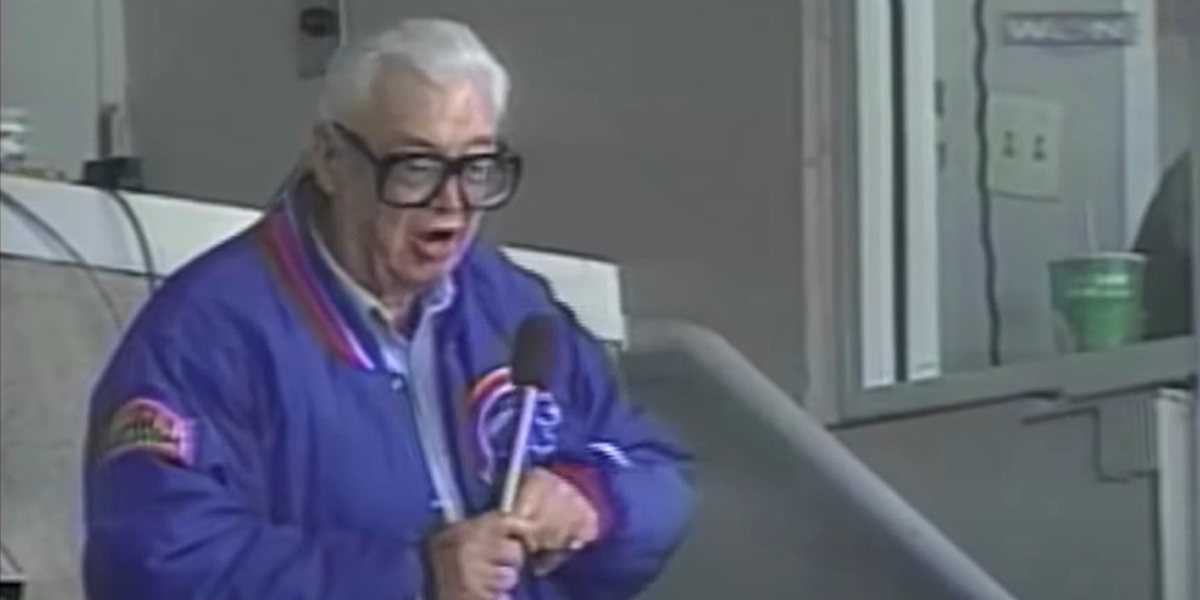 Increasingly, the Chicago Cubs have played a pre-recorded video version of ‘Take Me Out to the Ballgame’ during the Seventh Inning Stretch at Wrigley Field (even before we were in a pandemic year). It’s been a really nice evolution, and a perfect way to use the video boards. Sometimes, the in-person celebrity leading the stretch is a nice touch, but sometimes it’s, well, a stretch.

For many, of course, the Seventh Inning Stretch has always been most closely associated with Cubs broadcaster Harry Caray, who led the song in his characteristic way, first in his time on the South Side, and then for years at Wrigley Field. It was joyful, silly, communal, and completely marvelous.

Caray, who passed away in February of 1998, was an institution with the Chicago Cubs and among the fans, and his statue resides at the corner of Waveland and Sheffield, just outside the Wrigley Field bleachers.

23 years ago today, Harry Caray made his final broadcast in the Cubs’ booth, and, in the seventh inning, he did what he’d done so many times before, bringing joy to those in attendance: