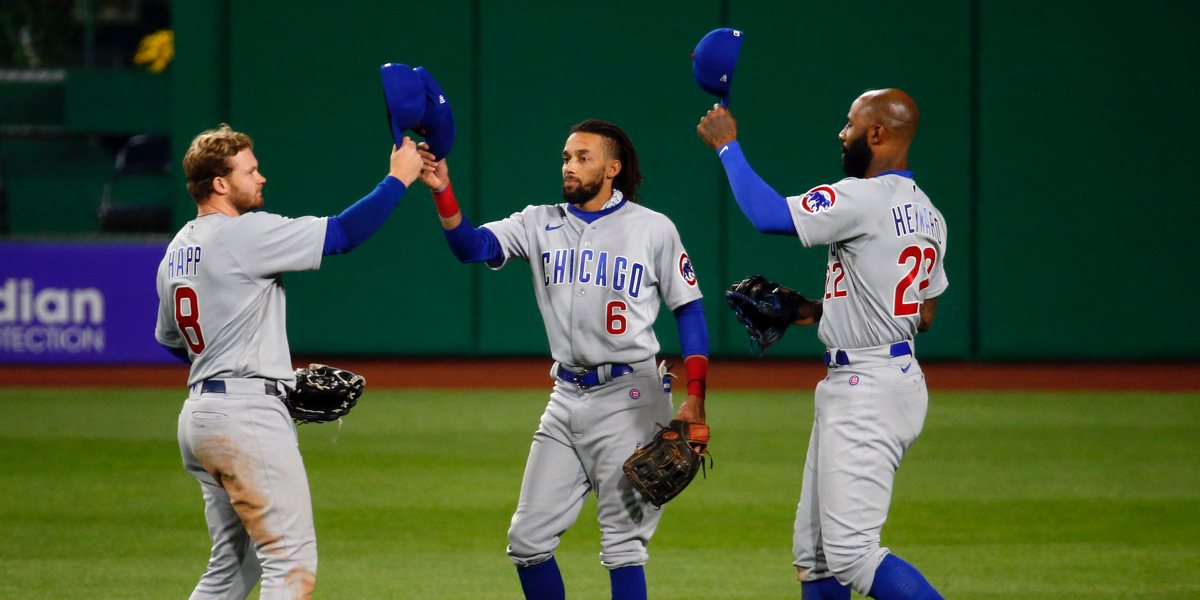 UPDATE UP FRONT: The Cubs did it! They’re in the postseason!

I get asked about the Cubs magic number to *clinch a playoff berth* this year, as opposed to the magic number to clinch the division. The latter number is fairly straightforward, since the Cardinals are now the primary team chasing the Cubs, and that magic number is down to 4.

Anyway, back to the playoff berth thing. You’ll note that the Cubs, despite their big lead in the Central and strong record, have not actually clinched a playoff spot yet. That means it is technically still possible they could fall not only behind two other NL Central teams, but also behind the two Wild Card teams. It is *not* going to happen. But since it is still technically possible, that means there’s still a moment ahead of us where the Cubs “clinch,” at a minimum, a spot in the playoffs.

So, then. If you are someone who cares about that clinching – OK, I’ll admit, I do care a little – Jesse Rogers is here to hook you up with the scenario by which the Cubs could clinch the bare minimum postseason berth tonight:

To phrase that all another way, if the Cubs lose tonight, they don’t clinch yet.

But if they win and the Reds win, they clinch. If the Cubs win and the Brewers win, then the Cubs need either of the Phillies or Giants to lose (those are the two current Wild Card range teams). (UPDATE: The Cubs can also clinch – and did – if the Phillies were to get swept in their doubleheader today, thanks to a series of tiebreakers.)

Realistically, the only way the Cubs *don’t* clinch a postseason berth tonight is if they lose to the Pirates. Otherwise, you can get ready to do a little mini-celebration in advance of the moment when they actually clinch the NL Central.