As discussed earlier in the context of Brailyn Marquez being on it, the Cubs today announced the pool of players *from which they can draw their postseason roster.*

That is to say, these are the guys that COULD make the Cubs postseason roster, so it’s notable to see which prospects – like Marquez – and which currently injured guys the Cubs are still holding out hope for: 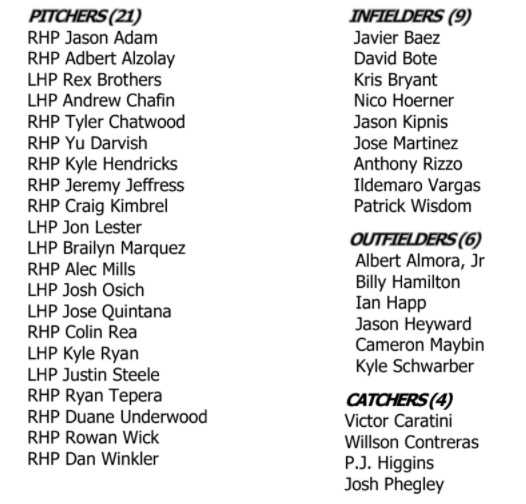 Teams get only 40 players for this pool, so the Cubs are at least modestly optimistic that guys like Rowan Wick and Tyler Chatwood might eventually get healthy enough to contribute.

Otherwise, there aren’t really any surprises in this group, which is mostly made up of the active roster, injured contributors, and main guys from the alternate site.