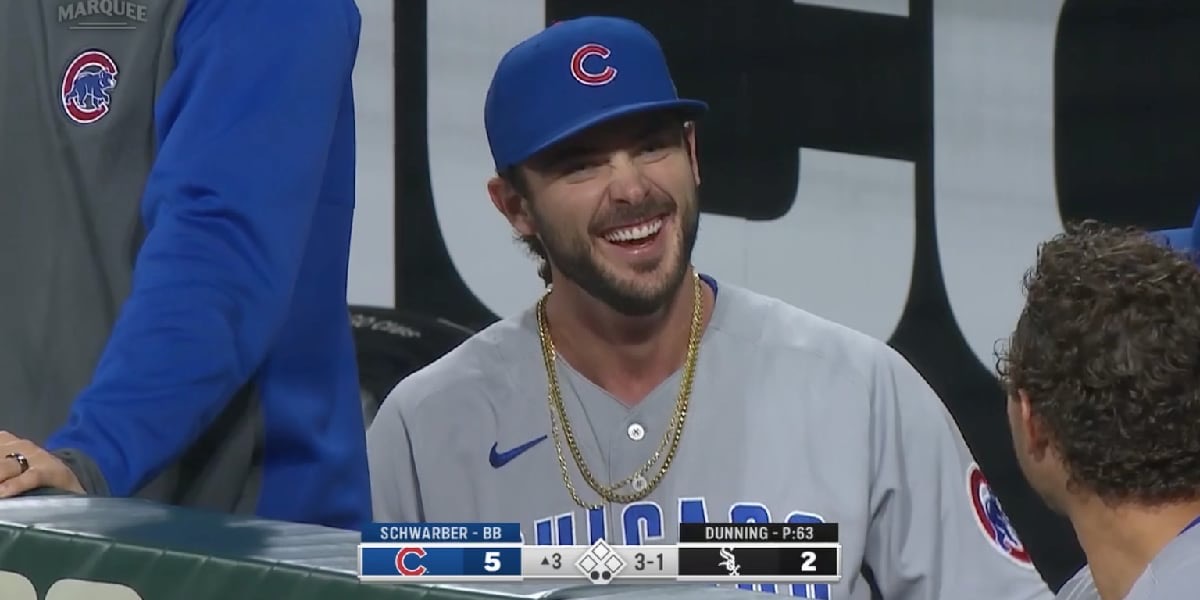 WELCOME BACK TO THE LINEUP, KRIS BRYANT. That’s about as good as it gets.

Out with an oblique issue after myriad other issues, Bryant came back tonight – rather quickly from the oblique – and singled in his first at bat. Then, with two outs and the Cubs about to squander another bases loaded opportunity, Bryant unloaded:

Yes, he was wearing the chains:

That had to feel so good. Let’s see some more.

Also, this is what I tweeted four hours ago when KB was announced as back in the lineup:

Kris Bryant is gonna hit a mfin home run tonight. You can hold me to this.

Also, also, here’s how thrilled his teammates were:

When your boy hits a grand slam! pic.twitter.com/HSAW0BZIUU