Scoreboard Watching: The Cubs Magic Number is One Skip to content

The Chicago Cubs need only one more win OR one more St. Louis Cardinals loss to clinch the NL Central. Last night’s huge win over the White Sox, combined with the Cardinals losing one of two to the Brewers, dropped the magic number from three to one.

It can happen today: an NL Central Title. And I want it.

The Cubs will play the White Sox tonight at 6:10pm CT, with Jon Lester facing Dane Dunning. It’s a tough match-up for the Cubs, given the relative lineups and handedness, but I really want to see the Cubs clinch the division on the strength of a win.

That said, it’s possible they could find out they’ve already got it shortly before their game ends. That’s because Cardinals-Brewers starts at 6:07pm CT, and if it cruises along … I mean, I’ll take the clinch however I can get it, but I’m just saying, it’d be nicer to see the Cubs catch a final out and celebrate.

If you’re curious about the rest of the NL playoff picture, there are still a handful of teams involved at the bottom of the race: 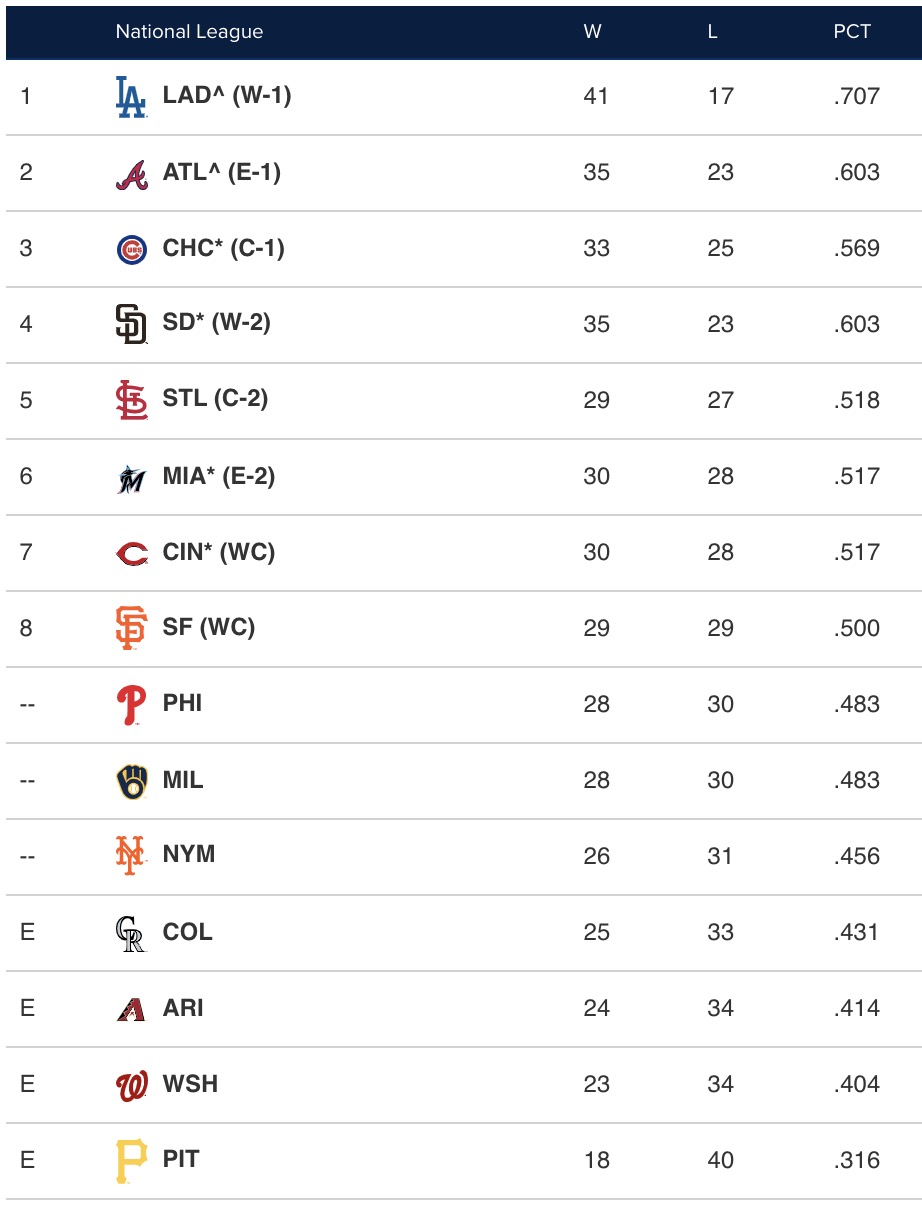 Of note, the Brewers need to win today or they’re out. The Reds already clinched a spot in the postseason last night, but it’s possible the Brewers could win out to grab a Wild Card spot. At that point, the Cardinals would have to play their doubleheader on Monday against the Tigers to try to slide back into the second spot in the NL Central (they’d be on the outside looking in, with just 29 wins).

For seeding purposes, assuming the Cubs win the Central, they will be either the 2nd or 3rd seed – though to be 2nd, they’d need to win today and tomorrow and have the Braves lose both today and tomorrow. It’s looking highly likely that the Cubs will be the three, which means they’ll play the six, which will be the last of the second place teams (right now tracking to be the Cardinals or the Marlins).

Today is the day. Win this division. #Cubs