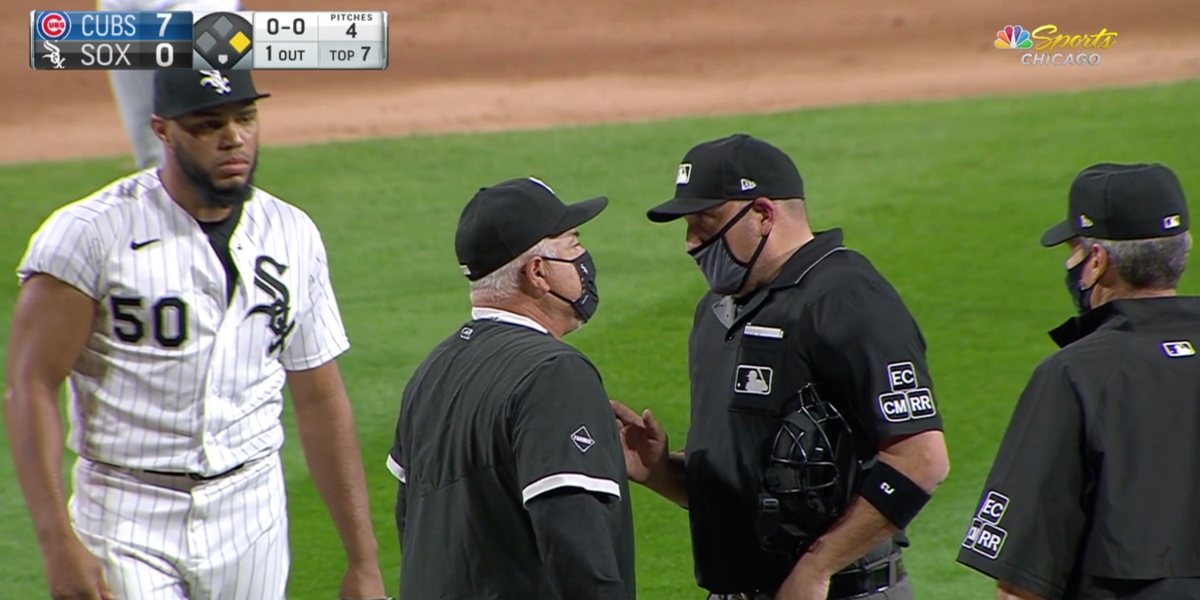 That was some swift and appropriate action by MLB, even as I think its suspensions for intentionally throwing at batters continue to be far too light.

After taking umbrage with Willson Contreras’s GLORIOUS bat flip, White Sox reliever Jimmy Cordero threw up and in and plunked Contreras last night, leading to his and his manager’s ejections:

Now, less than 24 hours later, Cordero has been suspended and fined:

Jimmy Cordero has received a three-game suspension and an undisclosed fine for intentionally hitting Willson Contreras of the Chicago Cubs with a pitch during the top of the seventh inning of Friday night’s game at Guaranteed Rate Field.

It’s a good start. There’s no place for intentionally throwing 96+ mph pitches at batters. We act like, oh, he totally can throw behind the guy or hit him in the butt or whatever, and yet we know that sometimes pitchers can’t even throw strikes. It’s madness to suggest that it isn’t absurdly risky to allow pitchers to throw anywhere near the batter. Quick and severe suspensions are necessary.

Manager Rick Renteria was also suspended, and pitching coach Don Cooper, who got ejected last night, too, was fined:

And in conclusion, flip this: