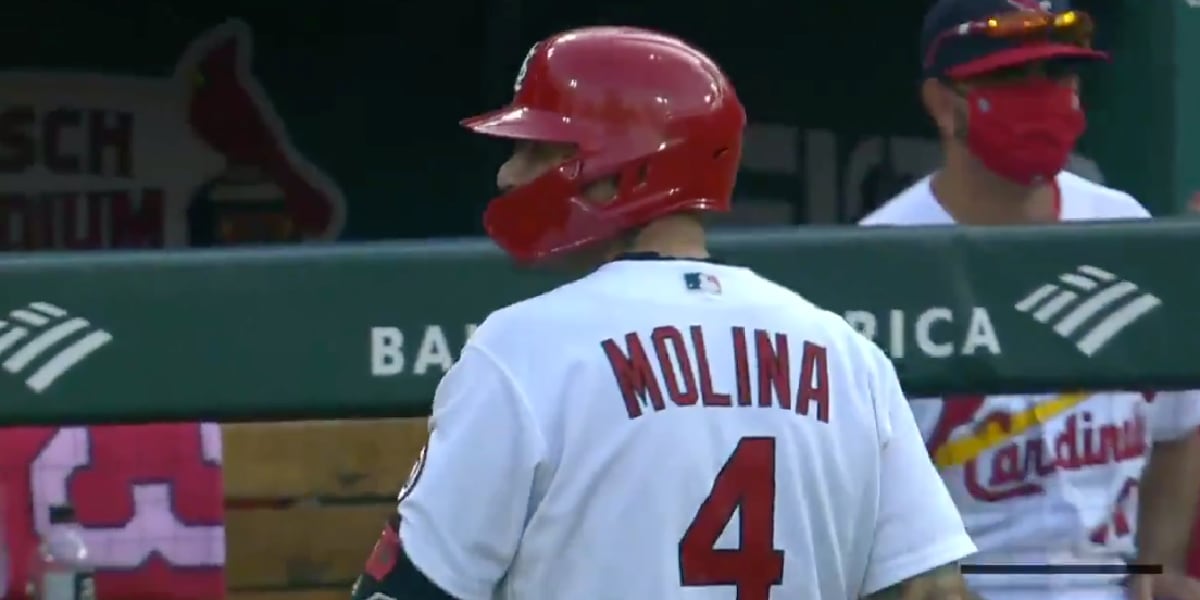 Okay, listen … at the end of the day, I do have some respect for Yadier Molina. He’s been annoying as heck – and shoved in our face – for nearly two decades, but you don’t have that long of a career with that much respect/awards/rings/etc by being bad at baseball. HOWEVA … I am just absolutely enjoying every second of this.

In what could be his final at-bat as a Cardinal in Busch Stadium, Yadier Molina grounded into a dang TRIPLE PLAY!

It doesn't get much easier than this 5-4-3 triple play. pic.twitter.com/Qpjon1aAO1

It won’t matter to the final score (probably) and he should have more at-bats as a Cardinal in the postseason, but come on … that is perfect. As a Cubs fan, I just can’t help but smile.

In his last at-bat, Yadier Molina ground into a 5-4-3 triple play. I’m going to be saying that for years.