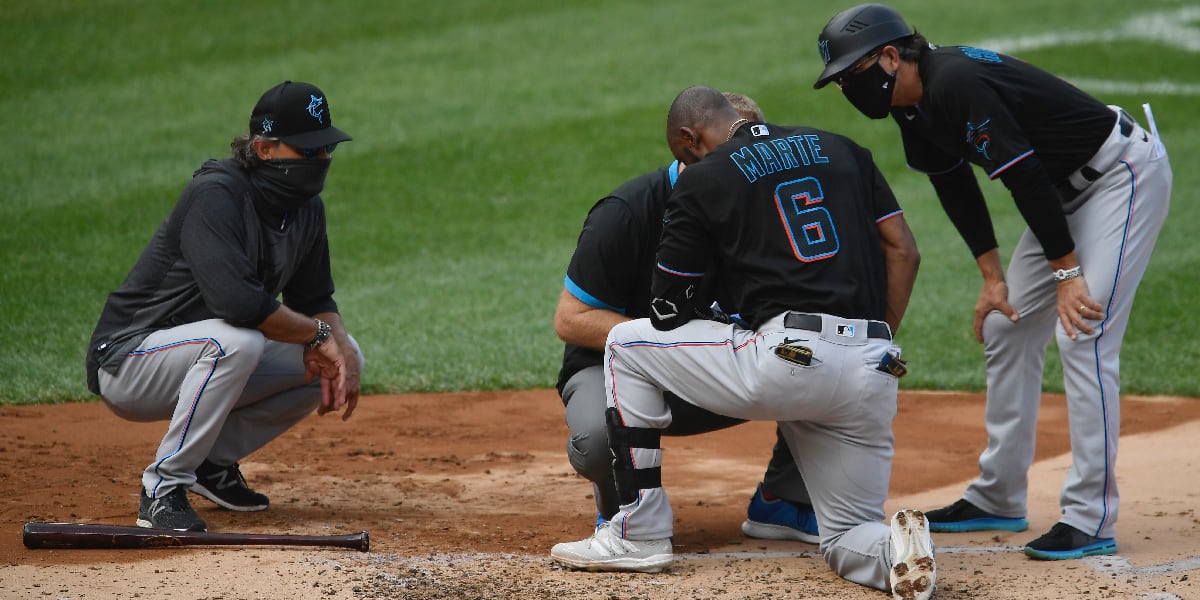 I know there are legitimate questions about the integrity of this season, but I think it’s worth pointing out that most of the teams we expected to make the tournament, did.

These were my guesses back on Opening Day, and I picked 13 out of 16 playoff teams correctly. I missed the Marlins and Brewers (I had the Mets and Nationals) in the NL, and I missed the Blue Jays (I guessed Angels) in the AL. And the point here is not that I’m some kind of handsome genius, but rather that despite the 60-game sprint, the “right” teams generally ended up where they were supposed to be.

More to the point, it doesn’t hurt that the Cubs actually *won the division*. Not only is that well-earned and easy to repeat in the face of your White Sox friends who were talking smack all year, the Cubs will also never have to treat their ticket to the postseason as some fictional entrance as the 8th best team in the NL with a below-.500 record like the Brewers or the 7th best team in the AL like the White Sox, who finished in THIRD place. Those are the teams with more to prove and less to brag about, no?

Speaking of the playoffs, we’re going to dive deeper into the Marlins as a Cubs opponent later today. But for now, there are two fairly notable injury issues to discuss that could directly impact the series.

During yesterday’s finale against the Yankees, starting CF Starling Marte (bruised ear) was hit in the helmet by a 94 MPH fastball, while reliever Jose Urena was hit on his pitching arm by a 103.9 MPH line drive (ultimately suffering a fracture in his right forearm). Both guys left the game. Marte could probably play on Wednesday (Urena won’t), but you never know how a scary shot to the head is going to impact a guy.

Yikes: 95 mph fastball hits Starling Marte on the bill of the helmet.

Removed from the game, walking off under his own power. pic.twitter.com/NZp0rWujYv

Will Trevor Bauer Return to Cincinnati?

Trevor Bauer, 29, is a 2020 NL Cy Young candidate and a free agent at the end of the year. In normal times (i.e., no pandemic, no questions about his grip-enhancement lasting, and no other off-field questions), he’d probably be one of the more highly sought after free agents out there, with a huge check to collect no matter what. As it stands, he’ll still get a deal he likes – I don’t doubt that at all – but it’s fair to have little idea where he’ll end up and for much.

For what it’s worth, the Reds are hoping he’ll return: “Well, you know, [CEO] Bob [Castellini] and I and [GM] Nick [Krall] and the group will do everything we can to make that happen,” President of Baseball Operations Dick Williams said on Saturday. And Bauer didn’t rule it out, saying he enjoyed his time in Cincinnati and just wants to end up somewhere he thinks he can win.

So maybe … if the Reds go deep this October and add even more to the team, he’ll return. And if not, he won’t.

But Wait, There’s No Money, Right?

Not every team is a perfect proxy for another, but we do finally have one big-time executive laying things bare: Diamondbacks CEO Derrick Hall told The Athletic it would be “far-fetched” to assume the team will have the same payroll in 2021 that they’d otherwise be prepared to have in a normal year.

He did suggest that the degree of spending will be tied to whether no fans, some fans, or a lot of fans will be allowed in the ballparks next year, but unfortunately, we might not have those answers until after the meat of offseason is over. That could mean some teams just press forward, taking advantage of a potential high payout gamble, or it could mean that teams push their deals as far back as possible to have as much actionable intel before committing to anything. This offseason is probably going to suck for players, and probably won’t feature any aggressive spending by the Cubs.

At ESPN, David Schoenfield has a great playoff preview, with key storylines, analysis of the lack of off-days, the importance of youth, the impact of the “tournament” vibe and much more. But my favorite part of his write-up is the change in odds for different seeds.

As you’d imagine, the 16-team format is pretty detrimental to higher seeds, like the Dodgers, who are being forced into a three-game playoff series. In fact, a first seed losses nearly 11 full percentage points in terms of World Series odds simply by playing in the 16-team format (compared to the 2019 format). The Cubs are the third seed in the postseason, the last spot for which the new format actually hurts their chances of winning relative to their odds in a normal year. So if they do win, it’s actually even more impressive this year.

People Are Starting To Get Fired

There’s still time for this field to expand, but with the regular season behind us, people are starting to get fired. For example, the Red Sox are choosing not to retain manager Ron Roenicke, and will begin their search for a new manager immediately (or maybe they’ll just immediately re-hire previously-suspended manager Alex Cora for a discount).

Meanwhile, the Angels have fired GM Billy Eppler, one year before his contract was up (they actually extended him over the summer and fired him yesterday anyway). I guess when you have Mike Trout and Shohei Ohtani and then spend to bring in Anthony Rendon and Joe Maddon *and still end up in fourth place* there has to be a reckoning.

The Angels will now search for Mike Trout’s *third* full-time GM. He has been to the postseason exactly once.

•   How much do the Cubs tolerate risk? Where do they fall on the scouting to progressive analytics spectrum? I bet you’ll be a little surprised at first:

I like to collect my thoughts about various trends within the game annually into a state of the industry of sorts.

This year's is 4,000+ words and was sparked by the trade deadline.

Scouting vs. stats is dead. Seeking risk is how GMs separate themselves. https://t.co/0FD6iRAlDA pic.twitter.com/WF9r0902pt

•   It’s important to remember, however, that baseball has changed a lot in the last 5-10 years. Whereas the Cubs may have been further to the right, relatively speaking, in 2015, they’ve been lapped somewhat by the rest of the league. They made an effort to close that gap last year, but they’re just 1.5 years into that experiment and, unfortunately, the pandemic led them to lay off some of the smart people they added.

Umpire C.B. Bucknor called a strike that missed low and away by 5.75 inches to Aaron Hicks.@Yankees v @Marlins @AaronHicks31 pic.twitter.com/hWWleTc0fm