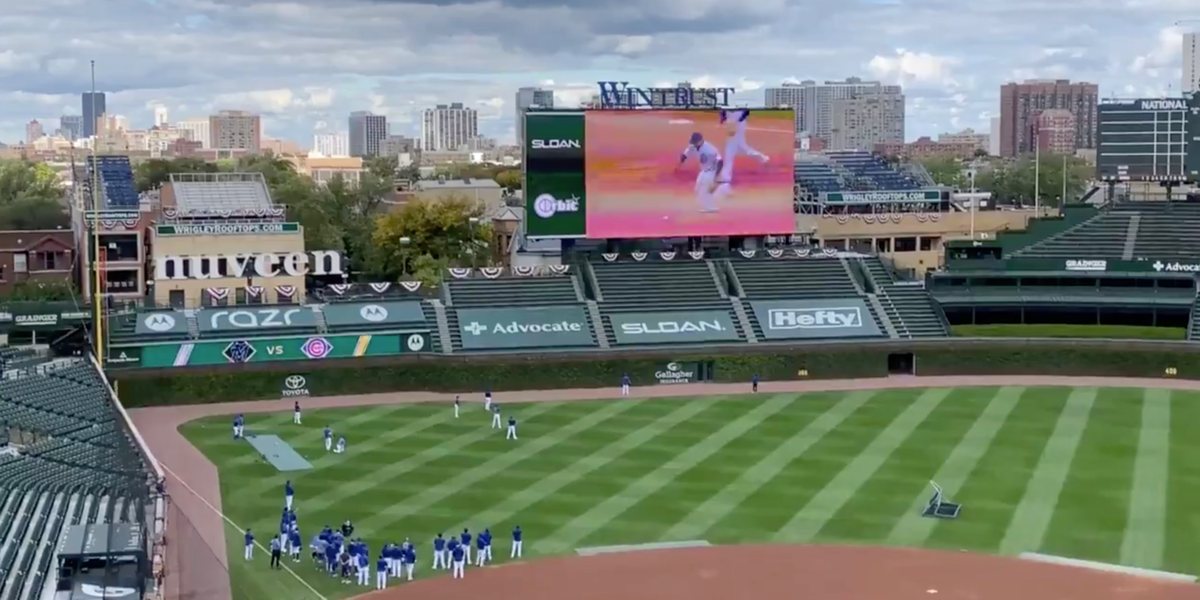 Kyle Schwarber has always gotten a lot of grief for his defense in left field, but for the most part, he’s fine out there. He makes some mistakes and doesn’t have elite speed, sure. But he mostly gets decent reads, plays the wall well, and has an excellent arm. He’s fine.

However, there was a long stretch there in, say, 2017 and 2018, when it seemed like every one of his worst gaffes came with Jon Lester on the mound. It was probably mostly because Lester would face lineups with a lot of righties, who mostly pull the ball to left field, but dang if we didn’t see the fire in Lester’s eyes frequently hurtling toward Schwarber in left.

I suspect with that in mind, the Cubs appear to have created a joking video – narrated by Schwarber – as a piece of affection for Lester:

Before workout, video plays of Kyle Schwarber saying how proud he has been to be Jon Lester’s left fielder. They share a hug afterwards as teammates clap. pic.twitter.com/MLeszzIXkv

If you listen and look closely at the video, it appears to be one of those overly dramatic, intentionally silly videos (the soundtrack tips you off) about Schwarber’s struggles in left, and his development as a teammate with Lester. It strikes me as both hilarious and also sweet. I kinda hope we get to see the whole thing at some point.