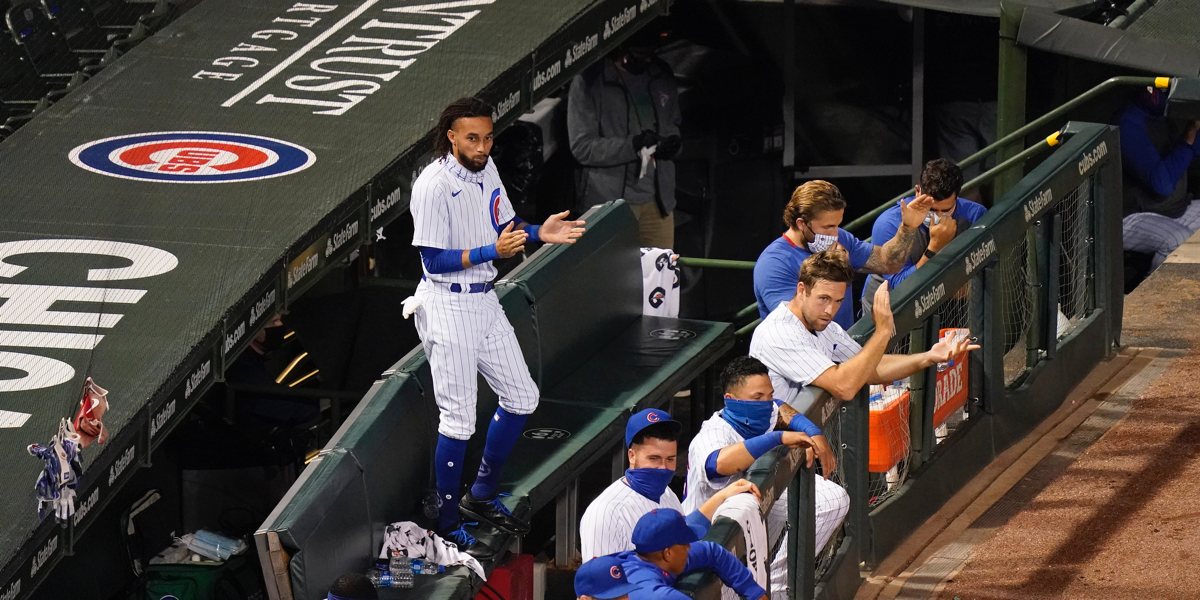 I doubt it’s much of a secret to any of you who’ve been around BN for a little while, but I’ll cop to it: I’ve had a baseball crush on Billy Hamilton for as long as he’s been in the big leagues.

Since his young days with the Reds, when we got to see him inexplicably abusing Cubs pitching every dang game, I just felt like he was such a unicorn of a baseball player. Don’t get me wrong, I understood his severe limitations, despite that aberrant offensive success against the Cubs. Even at his very best, Hamilton couldn’t hit.

Cubs fans might even remember this infamous swing against a Jeff Samardzija fastball:

Yet Hamilton kept *getting* all those plate appearances for a reason: no player in his range of offensive performance has come even close to his 10.4 career WAR. When it comes to speed, and the ability to use it well on the bases and in the outfield, Hamilton is one-of-a-kind. He is a singular defense and baserunning player, whose value in those areas for a long time made it worth playing him every day in spite of the offensive black hole.

Those days are probably far behind him, but the days of being so uniquely good at baserunning and defense sure don’t appear to be based on what we’ve seen the last few years and in small doses here with the Cubs. Indeed, Hamilton looks to me to be the rare speed-defense outfielder who is worth carrying as a bench player all year, rather than simply trying to pick him up in August for your September stretch run.

I’ve made this point before about Hamilton, so I know I’m repeating myself. It’s just, well, he’s here with the Cubs now. I’d like it to stay that way.

When I made this tweet yesterday, it was a Nick Castellanos joke – all that “extend him!” talk and such – but, upon reflection, I actually do think it would be worth the Cubs trying to keep Hamilton before he hits free agency:

In a world where the DH might be staying in the NL next year, your ability to carry a dedicated non-hitting-type like Hamilton becomes a lot easier, because you have less need for “pinch-hitters” on your bench. Moreover, while rosters are likely to drop back down from 28 this year, they aren’t gonna drop any more than 26 – recall, rosters were already set to be expanded to 26 last year before the pandemic. Hamilton’s defense in the outfield is still superlative, and he continues to be among the best possible baserunners you can have. I want that guy on the Cubs roster!

Oh, and hey: it’s not like Hamilton is a speed guy who cannot actually be asked to hit at all like a Terrance Gore (no offense (no pun intended)). It’s just that he’s terrible at hitting. There’s a difference! I mean, he *did* just hit a home run!

Last year, Hamilton got a minor league deal from the Giants in February, which got him $1 million when he was in the big leagues – it was the same contract Jason Kipnis signed with the Cubs. I expect, given the pandemic finance world, Hamilton won’t do much better this offseason. Indeed, he may even see his big league take reduced, assuming he makes a team. Could the Cubs pony up and offer him a higher-paying minor league deal with a decent big league rate to get him to forego free agency? It sure would be nice to have him locked down heading into next year, all while not taking up a 40-man roster spot. The Cubs can’t actually execute this signing until free agency opens up, but maybe the talks could take place?

Anyway, I just wanted to think out loud on this, and celebrate the unique player that is Billy Hamilton. Hey, did you know in 2012 at High-A and AA, Hamilton stole 155 bases in 132 games. He only reached base with an opportunity to steal 231 times!