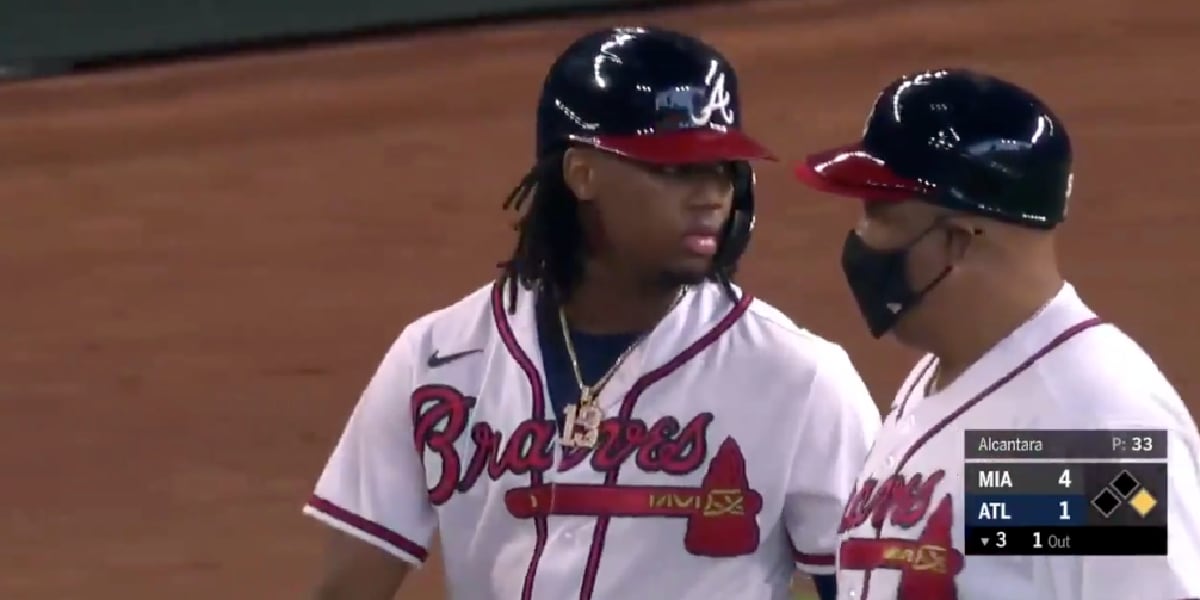 The Marlins just threw at Ronald Acuña Jr. In October. During the playoffs. Who does that?

The Miami Marlins – officially my October nemesis for knocking out the Cubs – kicked off the NLDS against the Braves by coughing up a leadoff home run to an understandably fired up Ronald Acuña Jr., whom they later hit in his very next at-bat with a 98 MPH fastball seemingly on purpose. Call me old fashioned, but hitting Acuña Jr. on purpose in the playoffs seems like a bad idea.

Naturally, seeing as it’s the postseason (and this is 2020), but also that this was just the first inning of the first game, Acuña offered but a modest bat toss as he left the box after his leadoff homer. Unfortunately, the Marlins seem to have had some serious beef with it. You be the judge.

Here’s the homer and flip:

Basically nothing, right? A little bat flip, a little energy crossing the plate, but … come on. That was nothing.

And yet … In his very next at-bat, Sandy Alcantara seems to have thrown directly at Acuña at 98(!) MPH. Even setting aside the history between him and the Marlins (which they discuss briefly in the video below), this is just obvious … and kind of unbelievable in the freakin’ postseason.

Tempers flare in Houston after Ronald Acuña Jr. was HBP in his first AB after hitting a home run: pic.twitter.com/R3dWJLeXa1

You can see the umpires getting out in front of it right away, as Acuña called off his bench. The game is closer now and this could be a wild series if this is how things started.

In my opinion, giving your opponents a free base runner in October is a bad strategy, especially for a Marlins team that already seems to be massive underdogs in this fight. But that’s just me. I thought the Dodgers and Padres Division Series was going to be the one to watch in the National League, but maybe we had it backwards.