Another Organization Suggesting It Cannot Spend This Offseason: The Phillies Skip to content 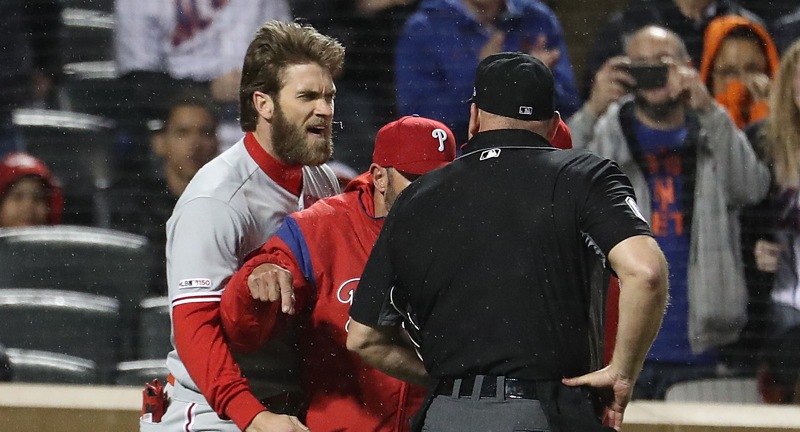 Who knows what will actually manifest this offseason when the rubber meets the road, but the teams that have so far spoken out about the financial conditions after this pandemic season sure are sounding the same alarm: there is no money.

The losses this past season were significant, and the uncertainty about next year creates a situation where, hey, it’s not like I want to let owners off the hook, but they’re not wrong when they say they don’t know what revenues are going to look like.

To that end, the previously spend-aggressive Philadelphia Phillies are the latest club to indicate they might have to play it quiet this offseason:

John Middleton says the organization expects J.T. Realmuto to reach free agency. He says it "of course" is a priority to retain him, but also says uncertainty about fans and revenues makes it unclear how much they'll be able to spend.

The Phillies are already over $100 million in payroll for 2021 after expected arbitration raises, and that comes with a bunch of huge holes on a roster that missed the postseason and cost their GM his job. If the Phillies aren’t going to spend this offseason, then you have to wonder what exactly they will do.

But the broader point here is that you’re talking about a major-market club that has spent aggressively in recent years to compete, and is currently getting the best years they’re gonna get from guys like Bryce Harper, Zack Wheeler, and Aaron Nola. If they’re sounding the alarms already that they can’t spend if they don’t have certainty about revenues, it’s another indicator of just how grim this offseason could be for free agents and non-tenders.

The Cubs are far from alone in being a club that no one is expecting to spend aggressively.