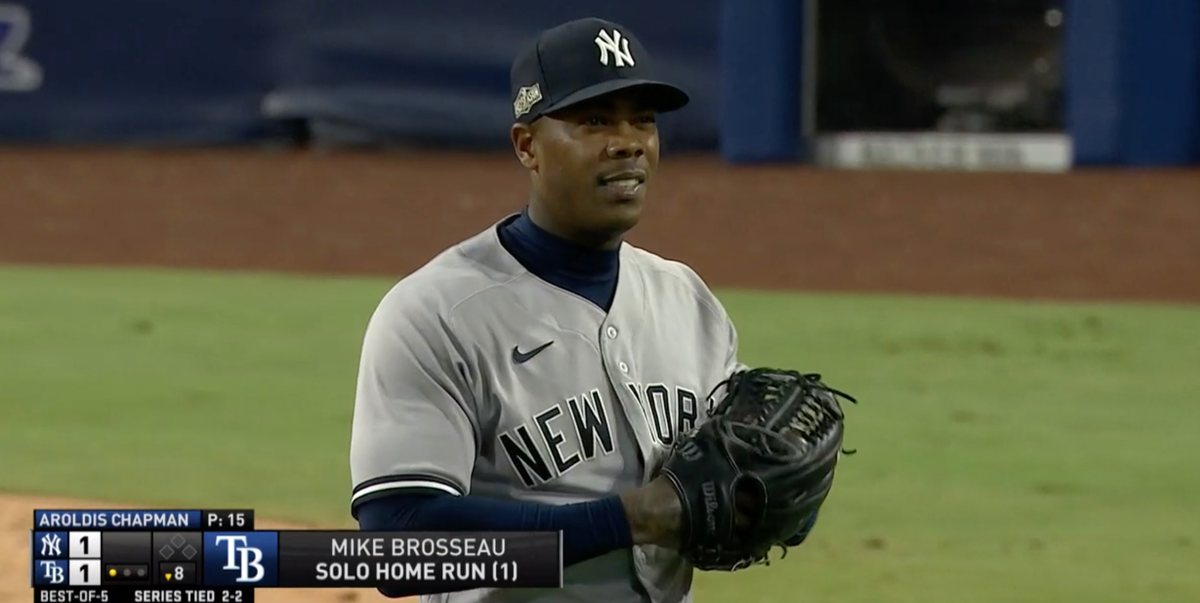 Remember when Aroldis Chapman threw a 101 mph squarely at Mike Brosseau’s head? And he was barely punished at all, even though it was extremely intentional and extremely dangerous?

Another tough guy throwing at someone for seemingly no reason, damn well knowing he doesn’t have to get in the box. It’s so tired. pic.twitter.com/sTPVtRBKgv

Well, Brosseau just got his revenge in the decisive Game 5 of the ALDS. Chapman was summoned in the 8th inning to try to get through the final couple innings and keep the game tied.

On the 10th pitch of the at-bat … @mikebrosseau10 delivers! 😱 pic.twitter.com/STyQuOuKj0

The Rays closed it out in the 9th, making Brosseau’s homer the game-winning, and series-winning shot. Perfect.