Olney: Cubs Did Previously Make Extension "Overture" Toward Kris Bryant "In the Range of $200 Million" Skip to content 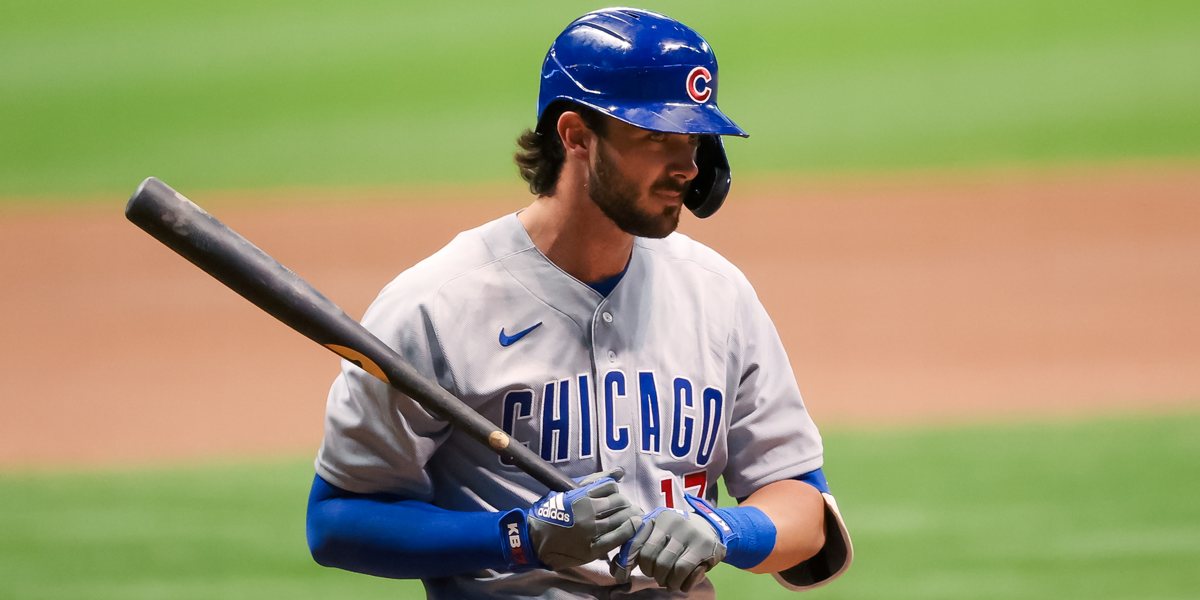 It was a major story at the time, and it has only grown in intrigue ever since, given the context the last six months have provided the baseball world.

Flashing back two years nearly to the day, Dave Kaplan reported that the Cubs had offered (at some point in 2018?) Kris Bryant an extension worth “well north of $200 million.” That offer, according to Kaplan, was rejected by Bryant and his agent Scott Boras, who preferred to go year to year in arbitration. Again, that was the report.

Within 24 hours, the report was rejected by a source of Sahadev Sharma’s. Bryant, himself, pushed back VERY assertively against the idea that he’d ever rejected an offer like that, and he said it as recently as this past Spring Training.

Maybe it never happened at all, and Kaplan’s source was just flat wrong. But what I always suspected – as I often do in these situations – is that the real reality was some shade of truth on all sides. Something was discussed, the discussions didn’t go anywhere. Was there an “offer”? Was it officially “well north of $200 million”? Was it “rejected”? Eh. Those are all just words. People can play with words. My guess is what happened could be framed as one thing by some people involved (without malice), and framed in a very different way by others involved (also without malice).

To that end, the latest from Buster Olney sure jumped out at me, seemingly suggesting that shade of truth explanation is most likely what happened.

In writing about the financial landscape and how recent extensions for young players now look, Olney served up Bryant as a counterweight (emphasis added):

Scott Kingery of the Phillies signed a six-year, $24 million deal in March 2018 before his first game in the majors, and so far, the contract probably hasn’t worked out to the team’s expectation. Beset by injuries and, in 2020, the coronavirus, Kingery has a .233/.284/.393 career slash line in 309 games. He’ll turn 27 in April, with three years remaining on a contract (plus option years at the back end). If Kingery did not have a guaranteed deal, he probably would be eligible for arbitration for the first time this winter and possibly subject to a non-tender – something a lot of players will deal with in the offseason ahead – because of how baseball’s financial landscape is about to change. But no matter what happens, Kingery is going to get his money. So will Ozzie Albies, the Braves’ second baseman, who was criticized within the industry for taking a $35 million contract in the spring of 2019.

On the other hand, the Cubs’ overture to Kris Bryant – whether you want to call it an offer or a concept – for something in the range of $200 million never went anywhere. Bryant’s camp aimed for free agency. How good would that deal look now, with baseball’s budget rollbacks looming after the impact of the pandemic, and after Bryant’s recent struggles?

Doesn’t that sound like a scenario that could explain how Kaplan heard what he heard and Sharma heard what he heard? Like, maybe the parties discussed what a contract could look like at that time, and it obviously would’ve had to be over $200 million back then (that was obvious to anyone paying even a bit of attention). And maybe it was clear in those conversations that a deal just wasn’t going to come together. Not exactly an offer and a rejection, but also kinda that.

To me, that’s the most coherent explanation of what happened back in 2018. So much has changed since.

No one could have predicted what would happen in 2020. A pandemic is not one of the specific risks I associate with players taking or not taking extension money. But certainly what happened to Dak Prescott yesterday is. I don’t blame him (or Kris Bryant two years ago) for not accepting a deal below his perceived value. But their situations are a reminder, as Olney points out, why you shouldn’t immediately blast players who accept “below market” extensions. Clearly, there are big risks in not taking the guaranteed money when you have a chance.

But what does it mean for today? For the Cubs and Bryant? Well, it means that the Cubs were always willing to consider a long-term, high-dollar deal with Bryant, and it’s possible there is still interest in staying together beyond this coming season, the last of Bryant’s team control. But it also means that Bryant was likely very interested in exploring free agency when the time came (remember, he’s big on moving the ball forward for other players in the game). Would an up-and-down injured year in 2019, followed by an injured and terrible super-short-weird season in 2020 fundamentally change his thinking? The Cubs thinking? And does any of that matter given the financial fallout from the pandemic?

It’s not as if $200+ million is going to be on the table any time soon for the Cubs and Bryant. So now the question for each side is whether it makes sense to extend on a much, much smaller deal (five years and $100 million? I really have no clue in this environment), or whether it makes sense for both to just roll the dice on 2021 and hope Bryant breaks back out.

Meanwhile, this same conceptual framework applies to any and all other Cubs with whom the club discusses an extension. Maybe things are much better in a year, and extensions guys sign right now look dreadfully under market. Or maybe this offseason is a disaster for the players, and with a new CBA looming next year, uncertainty is here to stay. Or maybe, worst of all, some of the guys who had down 2020 seasons repeat it in 2021, absolutely crushing their free agent market (especially given the financial landscape).

I suppose this is all to say, there are new risks and benefits to extension talks, but all the old risks and benefits still apply, too. I’m not gonna rip Bryant or the Cubs for not getting a deal done in the past – whatever the precise talks looked like – but it’s unquestionable that, as things actually played out, it was probably better for the Cubs not to get a deal done, and probably worse for Bryant.