Francisco Lindor Figures to Be the Preeminent Name on the Trade Market This Offseason, So Let's Talk Skip to content 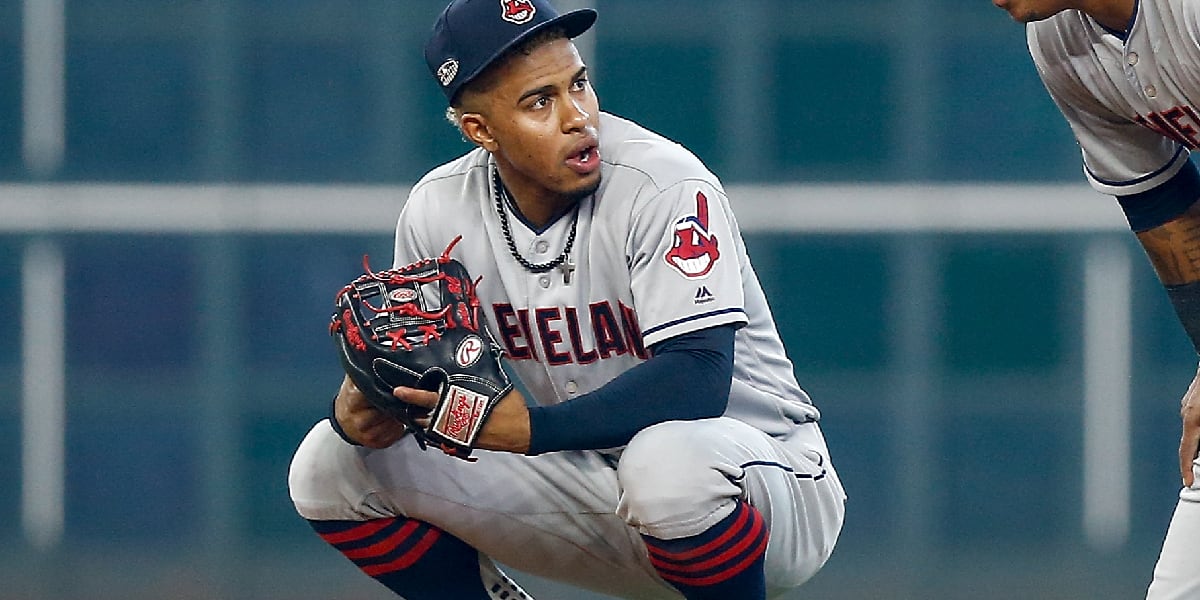 Around this time last year, all eyes were on Mookie Betts and the Boston Red Sox. The star center fielder was entering his final year of team control with an organization that had no intentions of extending him an offer worth accepting. That (and his general awesomeness both on and off the field) made him a natural trade target for most teams across the league. Of course, there was a major hurdle for most teams.

Entering his final year of team control, Betts was able to command an arbitration deal worth $27 million from the Boston Red Sox, which limited the pool of realistic suitors and also reduced the surplus trade value. Elite or not, that’s a lot of money to pay for a single year of control if you’re also expected to send over a significant prospect or two to complete a trade. (And before you ask, no: His willingness to sign an extension shouldn’t really play a factor. It’s obviously a non-zero consideration, but you  can offer only a return you’d be comfortable sending even if you couldn’t work out a long-term deal – that’s what you’re “paying for,” plus that incremental value of having a chance to talk extension before free agency (as the Dodgers did with Betts, though it’s not like they got a bargain)).

Now, you might say the Cubs find themselves in a similar situation with Kris Bryant, though there are some significant differences, most of which don’t really work in the Cubs favor. For example, yes, Bryant should cost about $3-5M less than Betts in his final year of arbitration, but the financial realities of the post-COVID-19 MLB can more than make up for that difference. For another – bigger – thing, Betts was coming off a far better season at the plate than Bryant is right now, and also played a healthy 150 of 162 games. For another big thing, Bryant will be 29 for the entire 2021 season, whereas Betts was 27 for his final year of control. And perhaps most bigly of all, Bryant is not in the same tier of expected impact as Betts was last year (few are).

But there is another superstar out there who better fits the Betts frame: Francisco Lindor. And at MLB.com, Anthony Castrovince took a deep look into his availability, attractiveness, and overall market.

Like Bryant right now and Betts last year, Lindor has just one year of team control remaining at an expected high price tag (something north of $20M). He’s also one of those rare players who happen to be just as beloved off the field as he is talented on it. But by contrast to one of the guys above, Lindor played every single game this year, and did not suffer brutal results. And while his offensive output was merely a touch above league average this time around, his defensive production more than made up for that shortcoming (especially considering the unusual circumstances of the 2020 regular season).

Lindor is also not going to turn 27 until next month, which puts his final year of team control in his age-27 season, just like Betts. I just think it’s worth getting us all on the same page for all of that: Lindor’s trade value in a normal situation would be much closer to Betts’ trade value last year as compared to Bryant.

Now, where does that leave us? With the potential trade candidates for Lindor, of course.

At MLB.com, Castrovince identifies seven teams who could make sense, and I think we can lump them into a few categories for discussion purposes.

The Mets have a new owner with extremely deep pockets. If they were able to pull off a sign-and-extend like the Dodgers did with Betts last year, they’d land their cornerstone player to be the face of the new franchise. And given that new ownership, the Mets might be willing to trade a little extra just for the chance to extend Lindor.

The Angels also have an owner with deep pockets, and while they have no shortage of franchise faces (Mike Trout, Shohei Ohtani, Anthony Rendon), they are losing their starting shortstop, Andrelton Simmons, to free agency. Considering how hard they’ve pushed the chips in for this core to win only to be met with nothing but disappointment, a big move for Lindor tracks.

I’ll make this really simple and hyperbolic: If the Dodgers find a way to land Francisco Lindor, there’s really no point in playing next season. That team is hilariously loaded at every single position, and adding Lindor would be ridiculous. Yes, they’ll risk losing Justin Turner to free agency this winter, but top-prospect Gavin Lux is probably ready to contribute full-time.

The Reds have been pushing lately, no doubt about that, and shortstop Freddy Galvis is a free agent, but with Trevor Bauer leaving and no real way to extend Lindor (do you think they’re coughing up that kind of cash?), I just don’t see it.

The Cardinals … just, please, no. Okay? Please. I like Lindor a lot. I don’t want to start hating him.

I Guess So, But I Doubt It: Phillies, Yankees

And finally, the Phillies and Yankees. Both have the money in terms of market size, so right there, that could be enough. But the Yankees have (1) explicitly mentioned a desire to get more left-handed, (2) are already not planning to spend a ton of money, and (3) have some dollars ear-marked for D.J. LeMaheiu. Would using up their remaining cash just to improve from Gleyber Torres (who’s also awesome) to Lindor for one year really be worth it? I doubt it.

As for the Phillies, well, considering that they’re losing J.T. Realmuto and Didi Gregorius to free agency, they’re very tough to read. They certainly expect to contend, but does adding a one-year rental – even a great one – make sense when you’re losing two of your best players? Nah. The time to do that was last year.

To wrap this up, there obviously WILL BE teams interested in Lindor and each of the seven above could make some semblance of sense. As could several other teams.

By contrast, I can’t imagine the Cubs getting involved, no matter how much we’d all absolutely LOVE pairing him with Javy Báez up the middle. Meanwhile, whatever the Indians are able to get on the trade market for Lindor, it won’t be more than the Red Sox got for Betts (given the current market, which makes Lindor “more expensive” and makes prospects “more valuable”). But it would definitely be more than what the Cubs could ever reasonably hope to get for Bryant.

This is going to be one of the biggest storylines of the winter, so it’s good to start on the same page.