Is Craig Kimbrel Now a Compelling Trade Piece for the Cubs? Skip to content 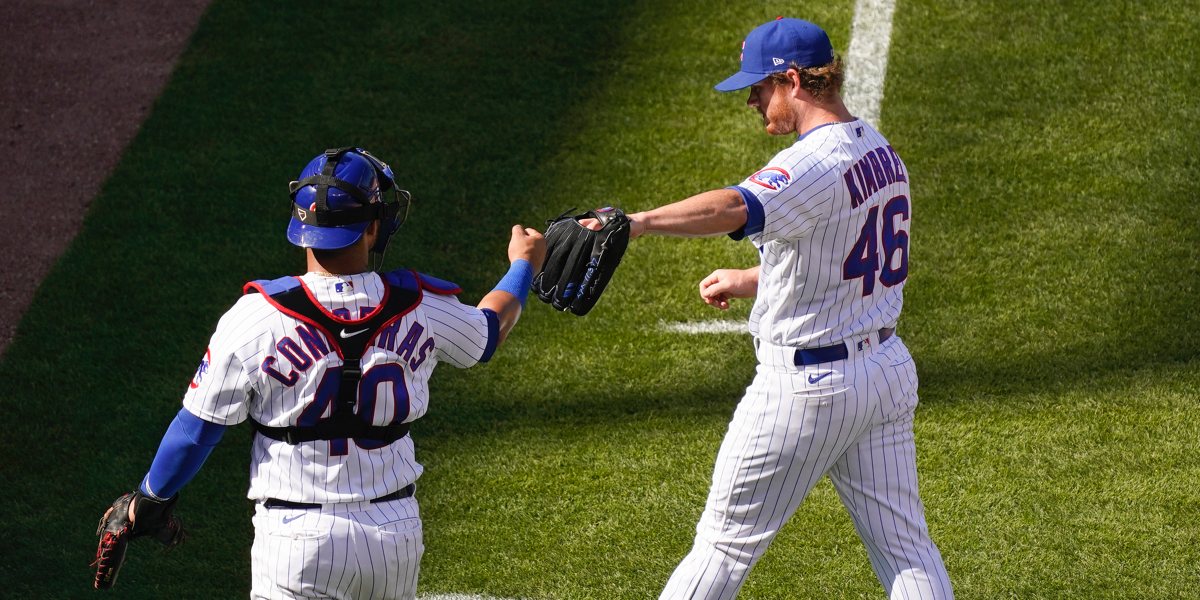 As we mentally start undressing the Cubs’ roster for trade season, the obvious focus has been on the one-year position players –  Kris Bryant, Kyle Schwarber, Javy Báez, and Anthony Rizzo – but they are not the only guys on the team with just one year of team control remaining.

To that end, I was intrigued by the way Sahadev Sharma and Patrick Mooney framed the discussion of Craig Kimbrel’s trade value in their latest at The Athletic:

Over his final 14 appearances, Kimbrel posted a 1.42 ERA (he allowed a run in only one of those appearances), struck out 53.1 percent of the batters he faced and allowed a .342 OPS, more than compensating for a high 14.3 percent walk rate. He didn’t walk a batter or allow a run in the entire month of September. And in his final outing of the regular season, he threw four pitches over 99 mph, the first time he’s done so since 2018.

If the Cubs do explore moving Kimbrel, a contender in need of a high-leverage reliever should be willing to pay a solid price to bring in a rejuvenated pitcher to work at the back of their bullpen. The limited no-trade clause that Kimbrel had in the second year of his contract is being phased out this offseason.

I have a lot of initial thoughts all hitting me at once, and I’m struggling to organize them in a better way than just listing them. So I’ll just list them:

1. If the Cubs are going to run back most of the club in 2021 for one last aggressive competitive hurrah, then it doesn’t make a whole lot of sense to trade away Kimbrel – he’d easily be one of the most important players to keep if you were going all out for 2021.

2. If the Cubs are going to try to thread the needle and maybe still compete in 2021 while also reshaping things for the longer term (preferable, in my view), then that’s when you’d of course at least consider what you could get for Kimbrel. It’s a risk to 2021, no doubt, but there are some other pitchers you could give meaningful innings to and see what happens.

3. At $16 million for 2021, Kimbrel’s salary is at the top of the market for impact closers even in a normal financial environment. In the current environment, it’s probably way over market. It’s only one year, which is a plus, but still, I suspect it’s high.

4. Kimbrel also comes with a $16 million club option for 2022, which includes a $1 million buyout, and that could be viewed as a positive or a negative in the trade market depending on anticipated revenues in 2021.

5. Kimbrel pitched like CRAIG KIMBREL after his first four ugly, mechanically-wrecked outings. That doesn’t mean you can assume he’ll definitely be excellent again in 2021, but I can say – as a Cubs fan who is otherwise expecting him to be the closer in 2021 – I have no concerns about him. That’s how good and fine and healthy and “fixed” he looked. To me, 2019 and the start of 2020 now look like reasonably-explained, situational outliers.

6. Trading Kimbrel probably could get you a pretty decent prospect/player return, as Sharma and Mooney suggest, but only if the Cubs are eating a lot of that salary. And that’s fine to do if the return is right, but we shouldn’t ignore that the money is owed either way. Your choices are less about the money and more about whether you want one more year of Kimbrel or the trade return. In other words, I tend to doubt the Cubs are spending what they “save” in the short-term anyway – we already know that payroll is going to be tight.

7. The Cubs could also run things back and, if they are mediocre, shop Kimbrel at the Trade Deadline, where we’ve seen time and again that impact relievers can net you as much or more at the Deadline than in the offseason. The risk, of course, is injury or underperformance.