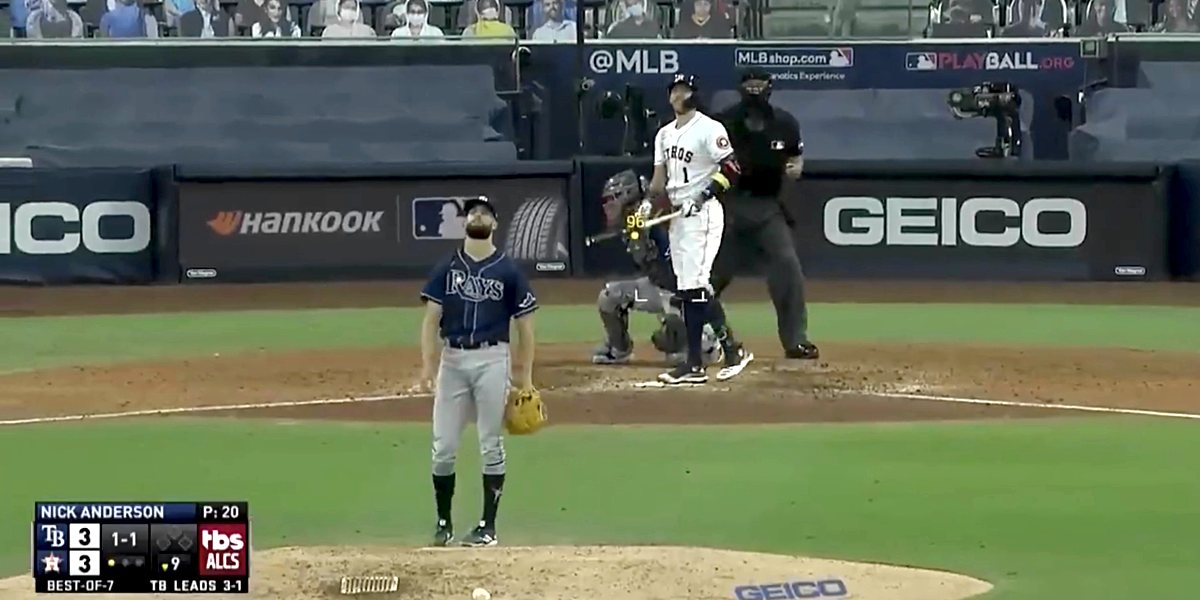 I don’t have a lot left to root for in the postseason, what with the Cubs long gone and no other clubs I particularly dig.

So, basically, the only joy I’ve got coming is the eventual elimination of the Houston Astros, a team that cheated its way to a World Championship a few years ago, was mostly unrepentant, and has now cast itself as some kind of victim/team of destiny in the wake of their discovery and (non)punishment.

Unfortunately, Carlos Correa just robbed me of that small joy:

CORREA ISN’T READY TO GO HOME YET! This man is on fire!

So the ALCS is now 3-2 Rays, and the Astros’ hopes are still alive. Heck, if they were to pull this 3-0 comeback off, they’d probably think even more of that destiny crap.