The Playoffs Are Going So 2020, Darvish Honored, Lefty Relievers from Texas, and Other Cubs Bullets Skip to content 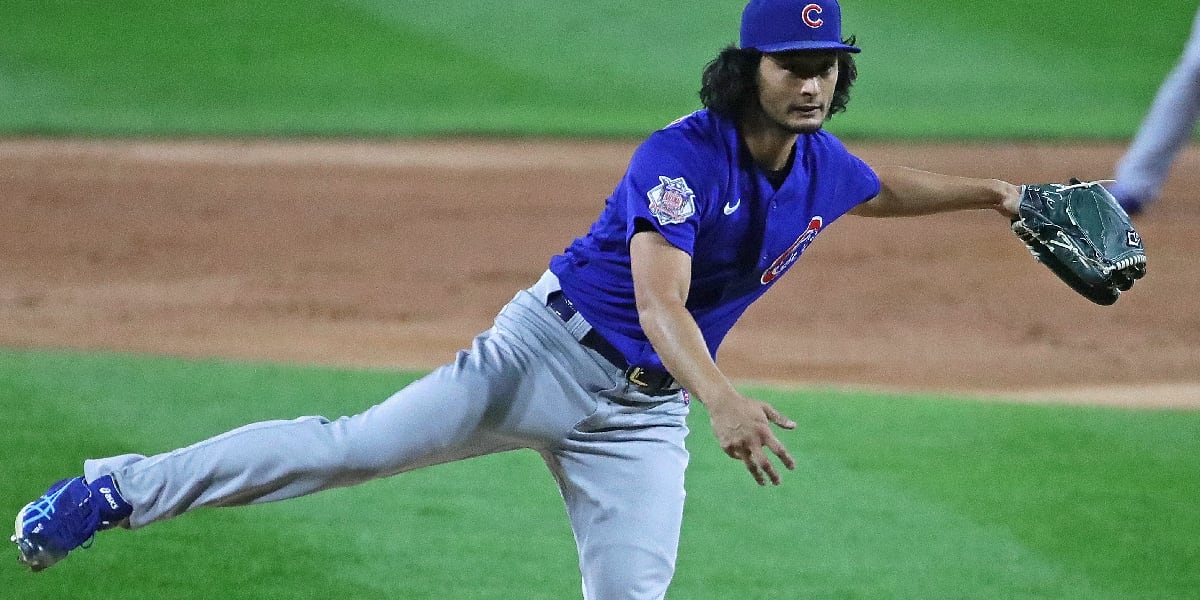 Pretty fun game this morning with The Little Boy: setting up a baseball game using baseball cards, and he would choose batters and pitchers at random, while I tell him whether the batter would’ve gotten a hit based on the match-up. He’s up 4-0 through the 4th inning. (My group of players to choose from is not especially strong – lotta Cubs players circa 2012-13 …. )

•   Although I refuse to “hand it to them,” I will note that the Astros coming back from 0-3 to tie the Rays at 3-3 in the ALCS is a statistically improbable thing. The lack of off-days in the series no doubt introduces additional variance into the series, and given the Rays’ bullpen strength, it’s possible that they’re hurt more by this year’s setup than most teams would be. But at the same time, the Astros are playing without Justin Verlander at a time when him being able to give you 9 innings would be particularly huge.

•   It would be so 2020 if the Houston Astros, a team being punished for cheating, were to win the World Series after making the expanded playoffs with a losing record. I would be OK with Rob Manfred calling it a piece of metal that time.

•   Relatedly: I’m certainly not saying I’m rooting for it, necessarily, but there would be some kind of poetics in the Dodgers and Astros both looking dead in the water, and then coming back to face each other in a World Series rematch. It would suddenly become one of the rare times I would root soooooo hard for the Dodgers to finally win a World Series because REVENGE is just. Might even be some slight avenging for Yu Darvish, too. (But in the meantime, I think I’m still “go Braves.”)

•   This is pretty darn awesome:

Congratulations to @Cubs pitcher @faridyu, who met with Consul-General Okada and received the “Consul-General’s Commendation” as the first Japanese pitcher to lead the MLB in wins. We're delighted that he represents Japanese people here in the US, and are proud of his efforts! pic.twitter.com/zNkdhukeYn

•   Braves opener AJ Minter is a true reliever (brutally terrible in 2019, but then incredibly dominant this year), but he wound up going three innings last night, striking out almost every batter he faced. Not hard to see why – this execution is nearly flawless:

•   Just for funsies, here’s where I note that Minter, a hard-throwing lefty, was drafted five years ago in the second round out of a Texas college as a pure relief prospect. So basically, in 2025, Burl Carraway will be opening an NLCS game for the Cubs. Here’s hoping the outcome is better for the Cubs.

•   Bonus fun? The Texas college out of which Minter came is Texas A&M, in College Station, Texas. Carraway? Well, he didn’t go to Texas A&M, but he was born – you guessed it – in College Station. I’d bet my bottom dollar Carraway was watching last night, impressed by what Minter was doing (like the rest of us).