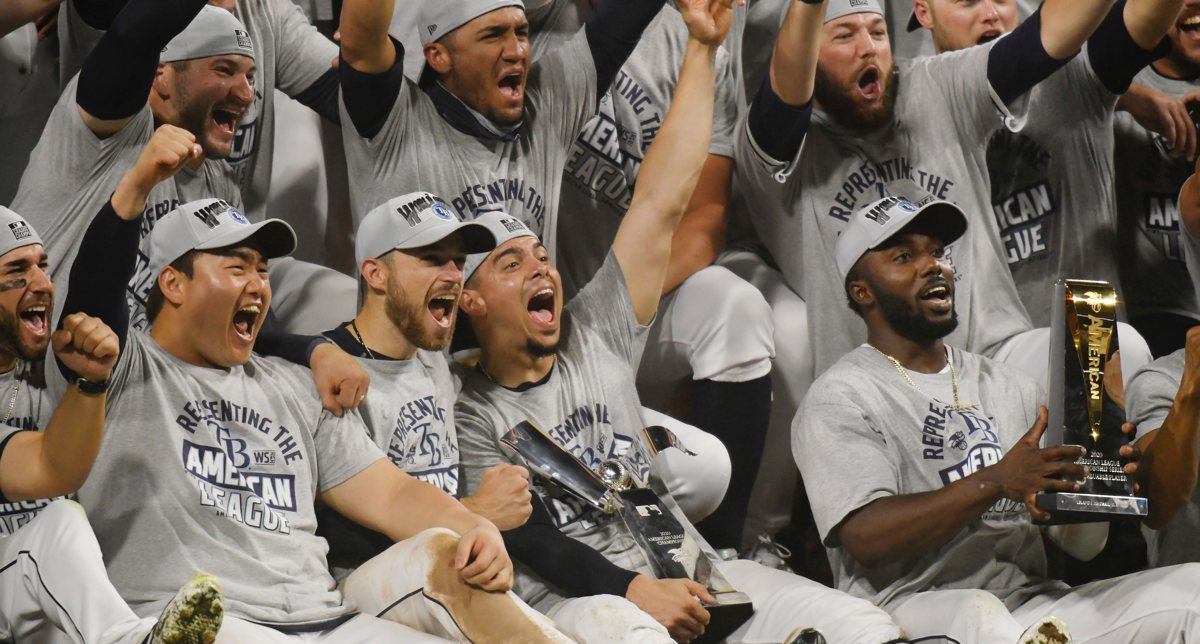 We are all Tampa Bay Rays this morning after they spared us from the Houston Astros reaching the World Series, after being down 3-0, as currently-not-punished cheaters who made the postseason with a losing record.

It got a little tight in the final two innings, but the Rays made their lead stand up, and they’re headed to the World Series:

ALCS MVP Randy Arozarena, whom the Cardinals traded to the Rays, homered again in the victory, giving him a rookie record seven homers already in this postseason.

The Rays will face the winner of tonight’s Braves-Dodgers game, as the Dodgers won yesterday to force a Game Seven tonight at 7:15pm CT:

Corey Seager is on a homer binge of his own, and is absolutely on fire this postseason. That after a great 2020 season, and before his walk year in 2021. Seager doesn’t seem to get as much impending free agent shortstop attention as Francisco Lindor, Carlos Correa, Trevor Story, or even Javy Báez (at least around here), but he’ll be a free agent before his age 28 season, and could be coming off back-to-back elite campaigns. Then again, if he has another merely “pretty decent” year in 2021 – as he did in 2018 and 2019 – then he starts to look a lot less like he’s in the tier of Lindor and Correa and Story, at a minimum.

I suppose mostly this is a reminder, together with the arrival of Ha-Seong Kim and the current free agency of Marcus Semien, that the shortstop market looms as so very intriguing and crowded.