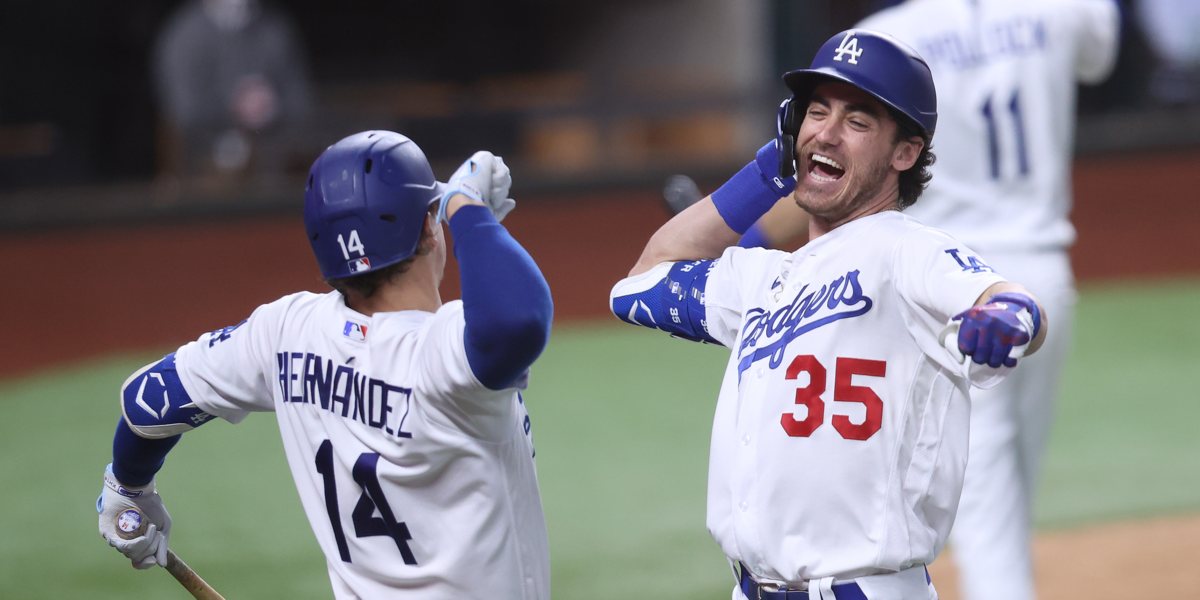 I guess it is possible to get just a little too pumped up.

In the 7th inning of a tie game, in Game 7 of the NLCS, Cody Bellinger hit a monster homer to give the Dodgers the lead, cementing their comeback in both the game and the series. It was a huge moment, and his level of excitement was absolutely understandable.

Except, as you can see at the end of the clip, while he successfully forearm bumped A.J. Pollock after crossing home plate, his and Enrique Hernandez’s shot was so hard that Bellinger came up in pain:

To the rest of his teammates, he’s like, “No, no, please no more of that. I’m just gonna spin.”

Turns out, Bellinger’s shoulder came out of its socket on the celebration with Hernandez. As in, the trainers had to pop it back in.

“So I had to come back into the training room,” Bellinger said after the game. “They popped it back in, and I was ready to play some defense. It kind of hurt.”

Apparently it’s happened before several times for Bellinger, including on celebrations. He just pops it back in and continues along. It’s not expected to be a hindrance to him for Game One of the World Series, starting tomorrow night. But, still, he might want to go for a fist bump or a traditional booty tap or something the next time he launches one.