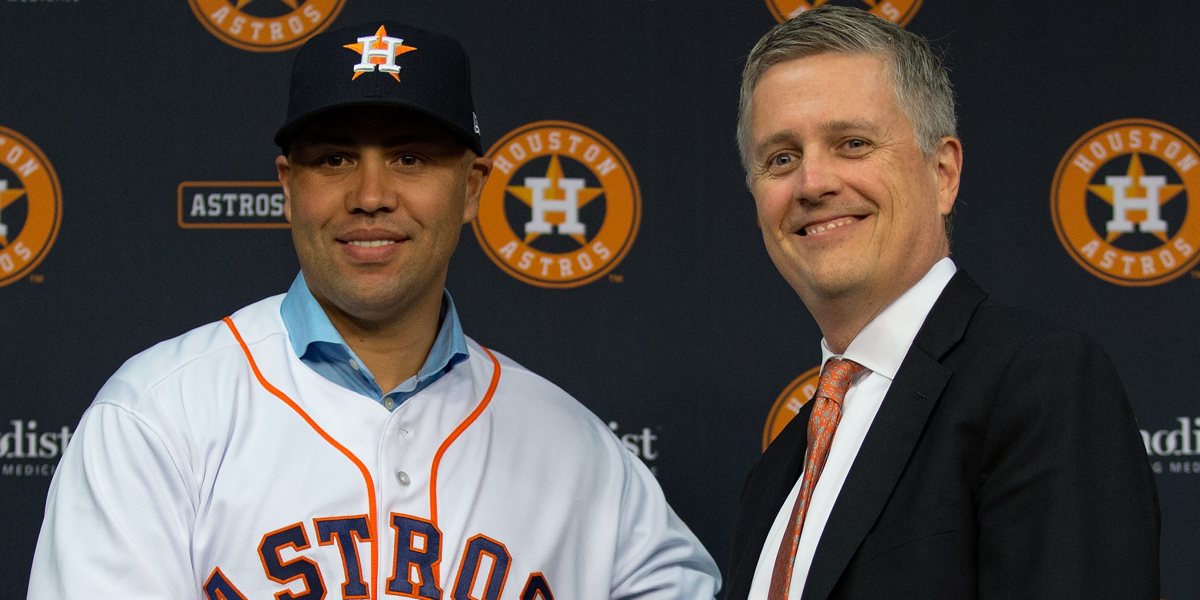 With his one-year banishment from baseball coming to a close – though he was subsequently fired by the Houston Astros in any case – former GM Jeff Luhnow is going to want to get back into baseball.

To that end, even if you ignore the concerns about the kind of toxic culture that emerged with the Astros under his leadership, you’d still have to get past the part where he was implicated in one of the worst cheating scandals in recent years, the stain of which rightly hung over everything the Astros did this year. (Bang. Bang.)

And on that point, it doesn’t sound like Luhnow is here to seek forgiveness or offer introspection. Instead, he’s here to say it wasn’t me I didn’t do it I didn’t know anything I’ll even take a lie detector.

In an extensive interview, Luhnow distances himself from the Astros’ electronic sign-stealing scandal in the most complete way he can. He says there was no real evidence that he knew about the the sign-stealing program, and he offered to Commissioner Manfred that he would take a lie detector test to that effect. Luhnow says MLB declined the offer.

To me, even if you accept everything Luhnow says as true, it hardly makes him any kind of victim here. I mean, look at this part of the interview, right out of the dang gate:

“Q: From the beginning, you’ve had the same story, which is that you did not know about cheating on any level. When was the first time you heard anything about the Astros cheating in any capacity?”

Luhnow: “There had been some rumors in 2018, and in fact at two points in time, someone from MLB told me either in a casual conversation or called me, and said there had been rumors of the Astros sign-stealing in 2017. But, I wasn’t asked to follow-up on it, they weren’t asking me to do anything. It was sort of a heads-up, and I didn’t think we were doing anything so I didn’t pursue it.”

Read that again. Luhnow’s best defense is that MLB gave him a heads up that HIS TEAM WAS CHEATING, and his response was “Eh, I didn’t think we were cheating, so I didn’t look into it.”

Seriously? Can you fathom that kind of thing happening in a Theo Epstein-led front office? Heck, in any other business at all?

To me, that – and the interview – reads like the response of a guy who maybe genuinely didn’t know for sure what was going on … but maybe that’s because he really didn’t want to know. His job was to make sure the Astros were winning. The rest, I suspect, was secondary.

Luhnow believes he was targeted by MLB from the get-go, and nothing he said or showed was going to demonstrate his innocence, hence the ‘no’ on his lie detector offer:

“Major League Baseball had to deliver a punishment that was perceived as severe to the other clubs. The Dodgers, and other clubs, but I know the Dodgers for sure, were adamant about some big punishments. And they wanted the manager, and they wanted the general manager to go down in this scandal. And they got it. And I think the investigation was not attempting to really uncover who did what, and who was really responsible. The goal of the investigation was to deliver punishments that Rob could feel good about and that would calm the panic. There was a drumbeat for punishments and so they weren’t going to punish Jim, like I said, they weren’t going to punish the players. I didn’t have an assistant GM; we have a very thin front office in terms of layers, so there wasn’t too many places to go. So they had to create a case they felt good enough about in order to punish me.”

We’ll see if there’s a future in baseball for Luhnow, though it’s harder for me to imagine after this interview.