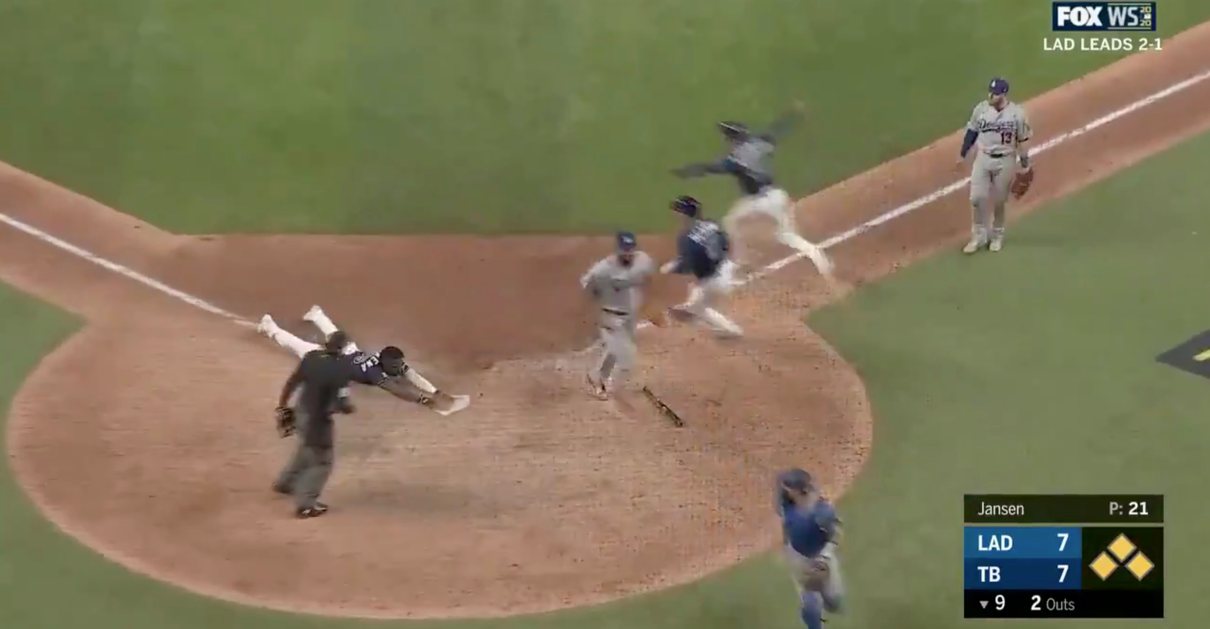 That was an all-timer. A back-and-forth, absurd game in many ways, and ended in incredible, comeback, walk-off fashion.

More in the morning, but just enjoy the hell out of this insane, stupid, beautiful ending:

It was wild enough that in this back-and-forth game that Brett Phillips of all players was going to tie the game on a two-out hit in the 9th. And then it was crazy enough that Chris Taylor booting the ball was going to lose the Dodgers the game. And THEN it was crazy that Randy Arozarena FELL DOWN coming around third and was dead to rights because of it. AND THEN THE DODGERS THREW IT AWAY.

Randy Arozarena Reportedly Released with No Charges in Mexico