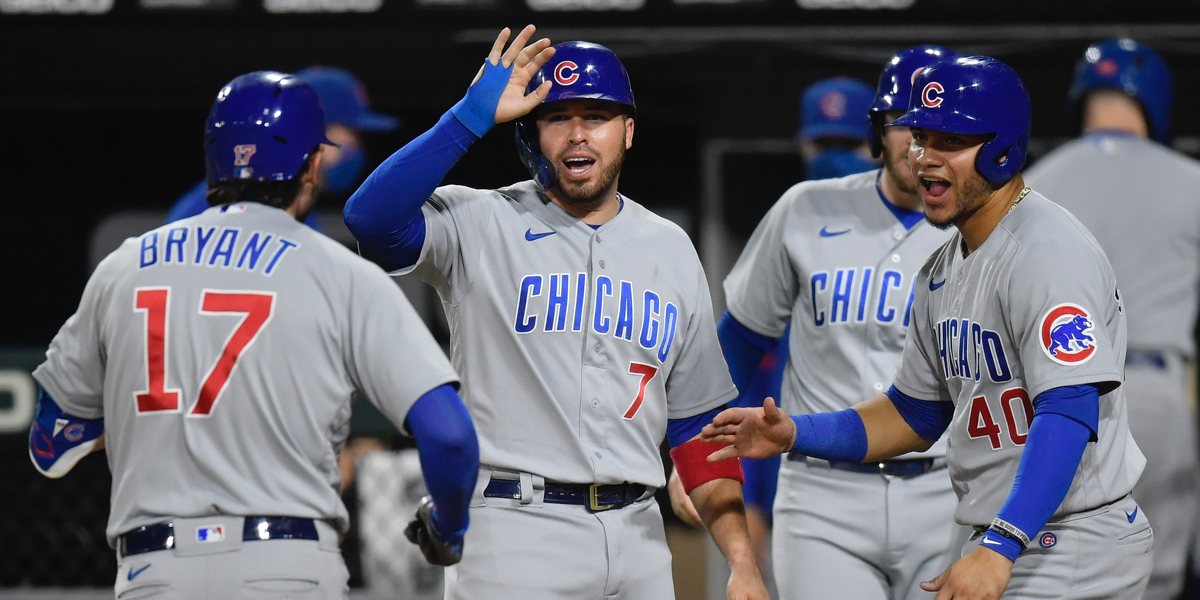 However much it wasn’t a secret last year that the Chicago Cubs were open to trading Kris Bryant, it’s, you know, like double that amount of not a secret this year.

If the Cubs can get a useful return for the final year of control on Bryant, who’ll make something like $19 to $20 million in arbitration, they’re going to make that trade. For now, I’m not blessing or cursing that position. I’m just telling you it’s the reality.

But can the Cubs actually get a useful return for Bryant this offseason? Coming off a very down (short) year, featuring additional injuries, and in a market where so many teams will flat out refuse to add a $20 million player?

Well, like I’ve said before, I don’t think you’ll see the Cubs get an impact prospect package for Bryant, both because of his situation and because tip-top prospects are going to have even more value in this environment. But I do think it’s possible there could be a deal out there that makes sense for a post-hype prospect reclamation package, or a slightly less expensive, slightly more control guy with less upside. Any version of a Bryant trade is something you’re not going to love, because that’s the financial reality at this point. But maybe, with the right trade partner, the Cubs can at least move laterally (again, maybe a little more control, or a different type of player, or something like that).

To that end, MLBTR today explores the possible market for Bryant, with a discussion of groups of teams that could make sense in a trade. You’re gonna want to read it for an external perspective on the other 29 teams.

The teams with the best fit – in need and financial ability – according to MLBTR are the Blue Jays, the Nationals, the Braves, the Dodgers, and the Tigers. All make sense to me, with the huuuuuuge caveat that predicting what various teams will ACTUALLY do this offseason when it comes to big money additions is virtually impossible.

What’s interesting about some of those potential partners is that they do have some of the post-hype-type guys I’m talking about – Nationals infielder Carter Kieboom has been very disappointing in limited big league duty so far, Nationals outfielder Victor Robles was a mess this year, Braves third baseman Austin Riley hasn’t shown much yet in his two years. I’m not saying the teams would trade those guys, I’m not saying the Cubs would want those guys, and I’m not making a proposal. I’m just saying that’s what is meant by post-hype, where you hope a formerly big-time prospect can break out with a change of scenery – that might be the best the Cubs can hope for in a Bryant deal (and they might have to take back a smaller contract, too (you’d just hope it’s attached to a modestly useful player)).

As we discussed recently in the Lukewarm Stove, the free agent market is exceedingly thin on third basemen, so to the extent a team is looking to pick up an impact third baseman, Bryant might be their only option. Moreover, Bryant is able to play the corner outfield spots well, so it’s not as if third base is the only spot he could go. MLBTR lists the Astros, Giants, Marlins, and Red Sox as possible fits in the outfield, and with the available funds. Throw in some surprise suitors and the DH and all that jazz and it’s probably a pretty robust theoretical market.

If the market were to behave like something approximating normal, I’d say, yeah, the Cubs would probably find a sufficiently interested suitor or two to make a deal if they were inclined.

But we know the market is going to be anything but normal. So, in the end, I don’t think you could predict a Bryant trade, even if Theo Epstein believes there will always be value in quality one-year guys. It’s very conceivable that the Cubs will face a decision on December 2 on whether to non-tender one of the most important Cubs in recent memory to save $19-$20 million, or tender him to see what happens early next season. If he’s great again and the Cubs are competitive, fine, fine. If he’s producing but the Cubs aren’t competitive, then you see what you can do at the Trade Deadline.