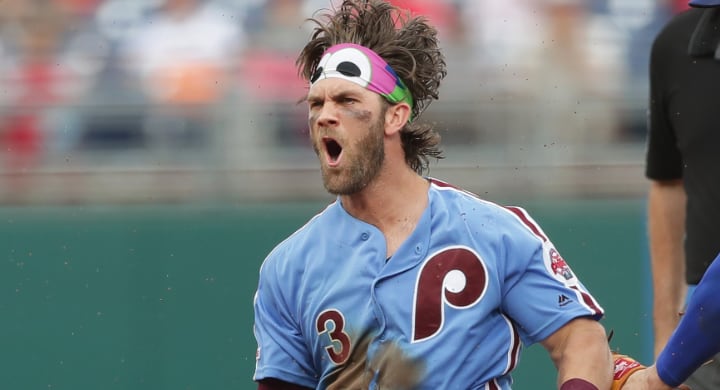 Earlier today, we got double-confirmation that, yes, the Cleveland Indians will try their best to trade Francisco Lindor this offseason. It wasn’t particularly surprising – in fact, it’s exactly what we expected to hear – but I want you to see that news before we get started with this stove, because that’s where we’ll begin …

What Will It Take to Get Lindor?

Andy Martino was one-half of our Lindor confirmation this morning, but he has since expanded on the news with a full piece at SNY, detailing what the Indians may ask for in return, as well as contemplating the chances of a deal for the Yankees and Mets:

According to those sources, the Indians would ideally like a young, controllable shortstop or outfielder, though the exact price will, of course, depend on the trading partner.

Martino went onto explain that the Indians are looking for more than what the Dodgers paid for Mookie Betts last year, which … maybe. I guess I can see that going both ways – but we got into that in our earlier post so I’ll leave that part here. Short version is that Frankie is not Mookie, but Frankie is a lot cheaper in salary than Mookie and might not be weighed down by a David Price contract attached. For now, the most substantial update is that Cleveland is looking for a young, controllable shortstop or outfielder.

The Cubs certainly have similar pieces in Nico Hoerner and Ian Happ, but I still just cannot see them moving on from the affordability and control of either player for just one (expensive) year of Lindor, given that (1) they’re not necessarily “going for it” in 2021 and (2) even if they did get him and “went for it,” they’d necessarily be subtracting elsewhere in terms of talent (Happ/Hoerner) and money (could they afford Lindor without trading or non-tendering another key piece?) – making the push counterproductive or neutral at best.

Now, of course, getting Lindor in house has its advantages, including the possibility of immediately extending him (a la Betts and the Dodgers), however, Keith Law has “heard for a while now” that Lindor fully intends to reach free agency next offseason. Could the Cubs change his mind or at least show him, first-hand, why it’s great to be in Chicago? Sure. Of course. But that’s an awfully big gamble. Law has also heard that Lindor strongly prefers to go somewhere he can play shortstop full-time. And, sure, the Cubs would probably be willing to move their 2020 NL Gold Glove winning shortstop over to second base, but “shortstop” is hardly a hole in Chicago.

In sum, the Lindor story remains critical to follow this offseason, but it’s not going to directly involve the Cubs.

Keith Law did some rapid-fire questions and answers today and it’s all a really fun, informative listen. But if you fast-forward to the 31:40 mark, you’ll find some specific thoughts on Kris Bryant (I’ll transcribe it below, for those who cannot listen):

Join us at 2 p.m. ET as @keithlaw answers your questions on his top 40 free agent list!

Question: Is a post-hype top prospect type like [Carter Kieboom] or [Amed] Rosario, etc. a reasonable expectation in a Kris Bryant trade?

Answer (Law): That’s a very good question. I think the answer is probably ‘Yes.’ I would ask for a little bit more. Hey, maybe you can get two of those guys. Or get one of those guys and then you ask your pro staff (if you still have a pro staff), Hey, give me the names of a couple of pitchers in that target system who you liked that are maybe a little undervalued by their current organization. Everybody has a couple of those guys lying around who your scouts like or your analysts like. Find somebody like that, that’d be pretty interesting.

I have to agree with Law here (and Brett has been describing this as the realistic Bryant trade scenario for a while). If the Cubs could get a young, controllable, post-hype prospect, plus another interesting piece (either an undervalued arm or another post-hype prospect) while also saving most if not all of the ~$20 or so million Bryant is supposed to cost in 2021, I think that would be a pretty solid move (well, within the universe where they’ve decided they have to trade Bryant). It’s a gamble, but it may be necessary, it may work out, and it may even allow the Cubs to add another piece for 2021 and beyond this offseason, when more low-cost free agent talent than ever before will be available.

It’ll be tough to pull off, but this is *exactly* what it means when Theo Epstein says he wants to “thread the needle.”

Trading FOR Arenado or Harper?!

Earlier this week, Brett covered a pretty wild Joel Sherman trade idea that would bring Giancarlo Stanton (and some prospects) to the North Side in exchange for Yu Darvish, Jason Heyward, and Craig Kimbrel. The deal, which is pretty hard to imagine actually happening, is as much about restructuring payroll for the Yankees (and Cubs) as it is anything else.

The issues are always going to be the same though: the Cubs are taking on a LOAD of long-term money for a little bit of financial flexibility in the short-term … when they might not be able to put that flexibility to use to round out their roster around their new, pricey trade acquisition. If one of these deals actually came with enough prospect talent, then maybe something could be worked out, but I really doubt it. And this is all to ignore the various no-trade clauses involved on all sides.

Fun to think about. Not going to happen.

(Though the Cubs were connected to Arenado many times before last season, if you recall! And don’t get me started on Harper! You’re thinking now, aren’t you!)

Over at MLB Trade Rumors, Tim Dierkes digs into the Cubs offseason overview, noting that Kyle Schwarber is a legitimate non-tender candidate this offseason, should the Cubs not find a suitable partner in trade. The problem there? Schwarber – or rather, the Cubs – have some pretty legitimate competition on the market in the form of Joc Pederson and Michael Brantley (free agents) or Eddie Rosario (trade or non-tender).

Dierkes does not consider Willson Contreras a non-tender candidate (for obvious reasons), but does believe he can be a valuable trade chip for any team that misses out on J.T. Realmuto (a narrative we’ve dissected before). According to Dierkes, the Marlins, Mets, Phillies, Rays, and Yankees could all be interested parties. I want to avoid a broader discussion on this for now, but yes it would hurt to lose Contreras. Of course, you may HAVE to trade one of these guys at the top of their value at some point, lest you fall off a VERY big cliff in the very near term.