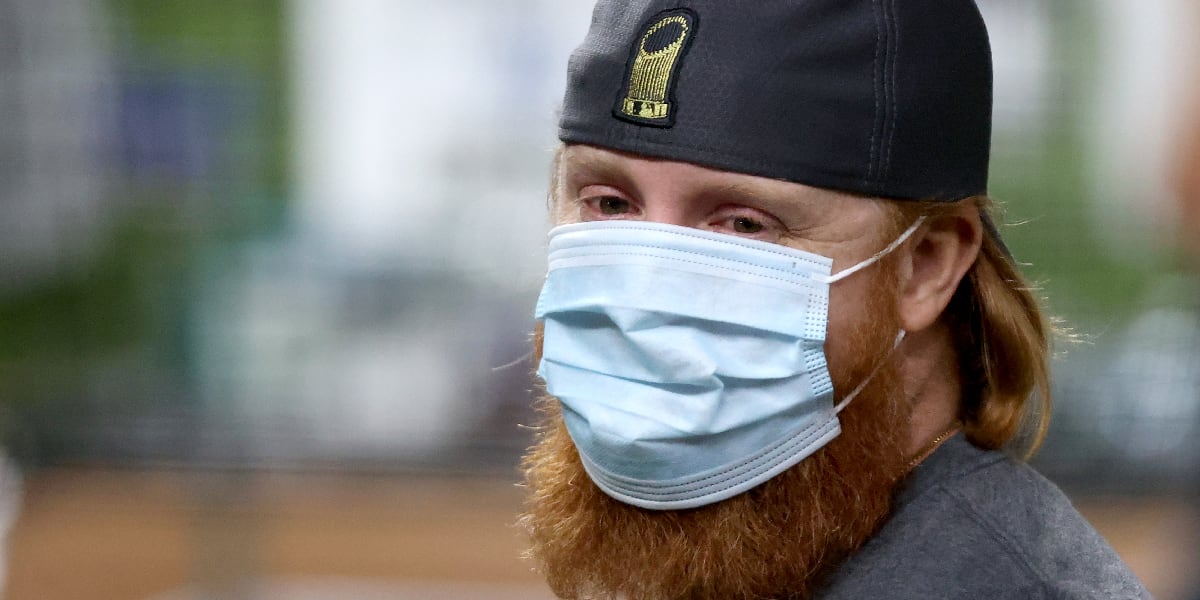 Reading this outcome felt truly bizarre. It’s not quite the same feeling we shared when the Boston Red Sox tried to sneak the Alex Cora hire right by us at a time when our attention was seriously divided, but given the stakes of everything else going around the country, Justin Turner’s lack of discipline is hardly firing me up. Still, this is a fairly big story and it feels worth addressing the wave of new information we just received.

In short, MLB has concluded its investigation, Justin Turner has apologized, and no discipline is coming for the free agent third-baseman:

Major League Baseball has completed its investigation of the events following the Los Angeles Dodgers Victory in Game Six of the World Series. The following statements from MLB, Justin Turner, and the Dodgers were released today. pic.twitter.com/cVu1E6g7lT

There were three (and a half) primary facts uncovered during the league’s investigation of the incident that led to their decision NOT to discipline Turner:

1.  Turner’s teammates actively encouraged him to leave the isolation room and return to the field to take the team photograph. They apparently believed the additional risk of more contact was minimal, considering that they had been in contact with him while he had been positive, but before his test results were known.

2. Turner believes he “received permission from at least one Dodger’s employee to return to the field for the photograph. This was apparently a misunderstanding, though two Dodgers employees admit to not stopping him, which they concede could be understood as permission.

3. Turn was told – incorrectly – that other Dodger teammates had tested positive also.

There’s more detail than that in MLB’s statement, but that’s the gist of their reasoning. The “half” I referred to includes the fact that he apologized and the fact that MLB believes they should have handled the situation better, themselves. Turner’s apology basically reiterates everything said above and like I said in the intro, it is what it is at this point.

Which is not to say I’m letting him off the hook. There’s a very dangerous virus in the world right now, a virus that’s continued to spread at alarming rates, which, in some cases, include reckless behavior from people that should know better. But we don’t have to be so black and white about it. Turner won the World Series and wanted to take a picture with his teammates. It’s human. It was wrong of him. But it’s human. With so much going on in the world, I really don’t have the energy to be mad at this one guy. He’s not getting punished. He probably should be. Whatever. Let’s move on.

(UPDATE: One alternative, that was brought to my attention, is that some sort of financial fine where the money went to COVID-relief would have been a good idea. I totally agree with that and wish that’s what happened here.)

REPORT: The Plan is to Have Some Fans at Wrigley Field on Opening Day